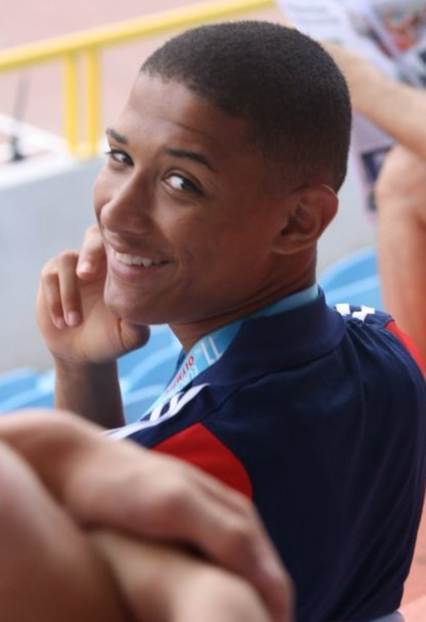 This summer sees Bath born Leon Reid compete in the 200m sprint in the Commonwealth Games. Hailed as the fastest in Europe as a junior, Leon will be representing Northern Ireland and will be up against some of his colleagues who train with him at Bath University.

Mark Tanner managed to get a quick catch up to see how his preparation was going:

How many races do you do a year?
At a junior level it is set but when you move up to senior international level you can pick and choose.

Which ones do you have coming up then?
The Commonwealth Games coming up in the summer which is a big one, then the European’s after that.

Will it be strange competing against some of your colleagues you train with during the Commonwealth Games?
It is but at the end of the day we are all friends. Once you are out there on the track it is business but afterwards you’re still mates with them whatever the outcome.

Does it help living in Bath with the University on your door step?
Yes massively as they are world class facilities and it is where my coach is based; James Hillier. He has been a really big influence on my career to date after he spotted me running as a kid in the Bath and Bristol area.

Now with the Commonwealths just around the corner how will you support yourself financially with the running?
Well I get help from the National Lottery but it doesn’t cover everything so I still need my shifts (at Nando’s) to keep me going.

We also understand you are off to Spain in April for some warm weather training, is that covered?
No it’s not; I’m funding that myself which is quite hard.

Do your family and friends help you out during these times?
Yes definitely it’s good to have their support. My Mum is a great help; always pushing me to do better. 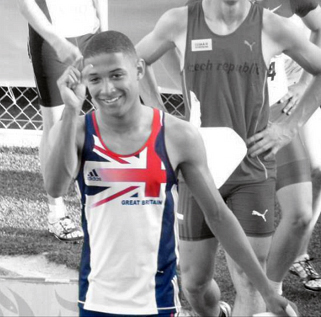 Is she always in the front row for all your races cheering you over the line at the end?
No I don’t like her watching or even talking about the races afterwards. Even if I do badly she will say ‘you did well’ because her support is unwavering. Sometimes I want to be left alone though!

So you are actively looking for sponsors for next month’s trip to Spain then? How important is that you find a local sponsor?
It’s very important to be supported by local businesses because I’m proud of where I come from, Bath is a lovely city and I feel very lucky to have grown up in the area.

It’ll be good to have Bath businesses supporting Bath talent as we are all proud to have come from here
Definitely the whole of the South West Athletics club is getting better and more competitive. Here in Bath we are tiny compared to London with its 2 million people but in the South West at the moment there is a real rise in top class athletes. We seem to be more determined to succeed and are growing all the time. So it’s really important that we support each other and show a strong connection to where it all started.

In Bath there is already the ‘Bath Bullet’ Jason Gardner, has he given you any tips or advice?
Well he actually used to babysit my when I was little, so he is always there for me. He still texts me before races, wishing me good luck and giving me advice after.

Up at Bath University you have the chance to mingle with top class athletes from all over the world and lots of different sports, have you had any advice from people outside of running?
Yeah you meet loads of new people especially when you go abroad for events. Every makes the effort to speak a bit of English and most are older so can give you decent advice if you ask them.

Are there any other sports you like playing if you could?
I like basketball and football, but I’m not allowed to play for a team or anything. When the weather is better there is nothing better than a kickabout.

That’s surprising as Bath is more a rugby city, have you ever been down to watch a game?
No I need to, never had the opportunity to watch Bath Rugby or to see Bath City FC play. One sport I have seen a few times is Netball up at Bath Uni, some of their player’s even play for England!

Leon has recently been up to Loughborough to train but insists Bath is a better place to train. He will be back in the City in the coming weeks and free to talk with any potential sponsors through his manager Jodi at 33 Sports Management: jf@33sportamagement.com 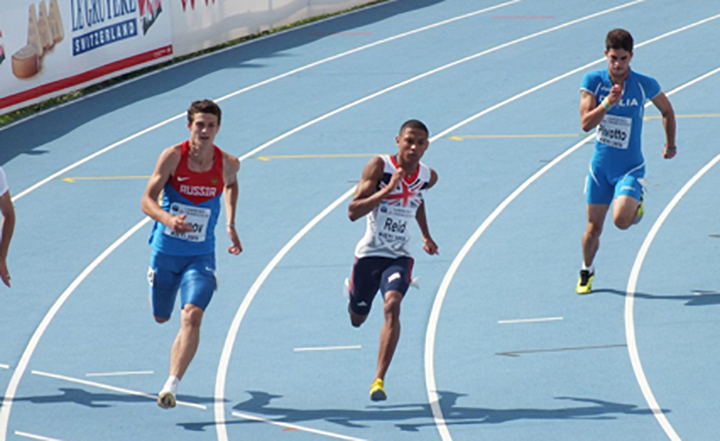