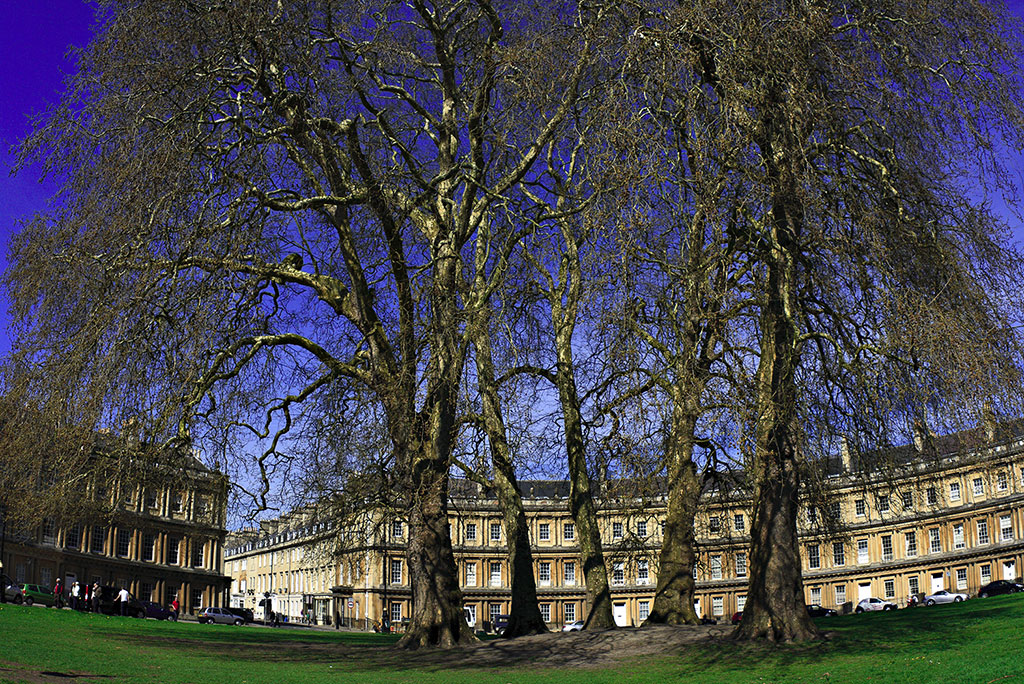 Two minutes’ walk from the Royal Crescent is The Circus, another jewel in Bath’s crown. It consists of 30 houses in groups of 8, 12 and 10, and is now a prestige collection of town houses and flats.

Designed by John Wood the Elder and completed by his son in 1754, the Circus has three (not four) streets in, so that when approaching you see the houses, not a street out. The friezes along the houses have 528 different carvings representing the Arts and Sciences.

The open-top bus tours which come round here are a good way to get an eye-level view of the carvings and icons on the first floor of the flats.

If you’re on a bike, this is a short but stiff uphill from the city centre. (Pushing is allowed.)

It is said that the Circus is joined to the Royal Crescent by a ley-line, that they represent the sun and the moon, and that Brock St which links them is the most paranormally active street in Bath!

The trees in the middle of the Circus are from around 1810, over 50 years after the first residents moved in. They replaced the well which originally stood here.

Photographers will find panoramic cameras useful again, and you’ll need a long focus lens, 300mm or more, for close-ups of the carvings. The very best photos come from a balloon trip, of course!