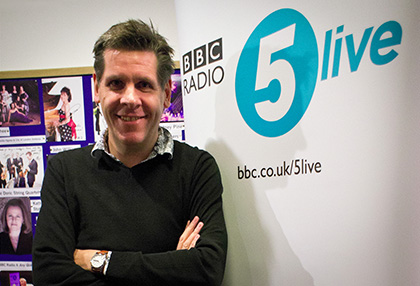 What a great evening it was at the Wiltshire Music Centre for the Radio 5 Live broadcast celebrating Bradford-on-Avon winning the honorary City of the Year 2012 competition. Tony Livesey and team were on great form and the atmosphere throughout the evening was electric.

One of the many highlights was the superb Croutons, (Chris, Wendy & Kirsty), who sang songs from Bob Dylan and Doris Day “weaved into a cappella harmonies” – it brought out the Goose bumps.

It seemed there was something for everybody, Rugby, Roger Cook, great local input, a quirky competition and a history lesson or two.

Rugby was represented by Bath and England stars Phil de Glanville and Mark Regan, with some interesting and lively exchanges from all. 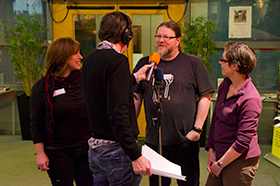 Twitter seemed to have played it’s part in the run up to the announcement of the winner; and local company Growing Needs @Growing_Needs were in for a special mention and it was also great to meet the Olive Tree @33MarketStreet, Our Green Room @OurGreenRoom, Shop Bradford-on-Avon @ShopBOA and Piha Surf and Ski @PihaSurfandSki. We were so engrossed with the proceedings so unsure if any other regular tweeters were present, just shout if we forgot to mention you. 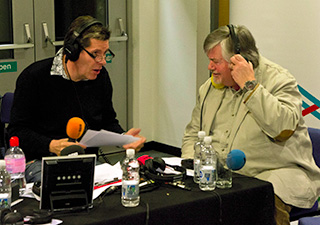 It is difficult to do the evening justice in a feature like this, but we hope to give a flavour with three selected video clips below featuring the trophy award, The Croutons and a really funny moment involving Dean from Growing Needs.

We have also included a link below to the full broadcast on BBC iPlayer.

I am sure Radio 5 Live will continue with this annualy, but let’s not forget there can only be one first winner and that’s the great “City” of Bradford-on-Avon Bradford on Avon Area Tourism Association

Please note sound will pick up shortly after starting