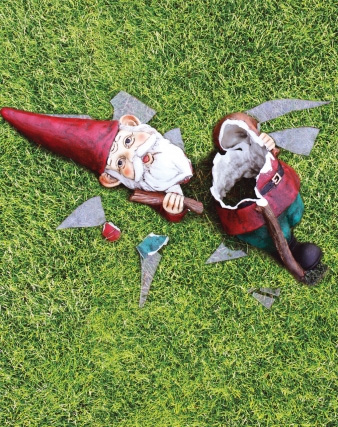 When a writer has churned out upwards of fifty plays, you might think them tapped out of ideas, or that the initial vibrancy and vision of their work might have begun to fade slightly. You might be right.

Alan Ayckbourn is one of Britain’s most prolific playwrights, with over seventy plays to his name so far. The most recent, Neighbourhood Watch, is currently running at Bath’s Theatre Royal, and by all accounts is as triumphant as his first.

Set in a well-to-do suburb near a ‘rough’ housing estate in the not-too-distant future, Neighbourhood Watch tells the story of eight upstanding, respectable residents living in fear of the country’s burgeoning threatening youth culture. Following a series of misunderstandings and overreactions, Martin Massie (ably played by Matthew Cottle) the group form a militant neighbourhood protection agency, originally intended to take back the streets from the rising tide of hoodlums (or so they perceive the streets’ occupants to be.)

As pressure and paranoia begin to mount, however, the protect-and-serve mentality soon devolves into an aggressive guerilla campaign aganist the youth of the estate. Cottle delivers a highly convincing performance of Massie’s steady disintegration – his final moments are a far cry from the meek and somewhat dull Christian figure he is displayed as at the play’s beginning.

Cottle is supported by an equally talented cast throughout the production. Frances Grey (perhaps best known for her representation of Kate Beauchamp in BBC TV series Messiah) plays the sultry neighbour Amy, who despite cheating on her husband with another neighbour, Luther, at the start of the play, sets out to corrupt Massie, with flirtatious comments and gestures so well timed that they seem completely natural. Cottle’s Massie, by contrast, at first seems awkward and somehow neutered in the face of such blatant sexualism.

Despite the bleak message given out by the play in the long run, there are plenty of moments of comedy throughout the piece. Although not presented as such, the exchange between insecurity obsessed ex-Security Guard Rod (played by Terrence Booth) after a child is caught trespassing on Massie’s property is ludicrous and hysterical, thanks to the cast’s sense of comic timing. Rod is insistent that the child’s clarinet case contains a modified sniper rifle, or a is rigged to detonate a number of hidden grenades if opened – and although in real life this would be utterly ridiculous, in the context of the play, the audience’s usual disbelief is willingly suspended.

That’s the magic of Ayckbourn’s writing (not to mention, in this case, his direction.) He expertly weaves together a plot that, if mishandled, would come off unconvincing and clumsy, and in the process, hands the audience a very clear warning on the fragile state of British social infrastructure. When you take into account the fact that Ayckbourn wrote Neighbourhood Watch long before the London Riots, you can’t help but admire the playwright’s foresight.

Controlled, hilarious and haunting. Neighbourhood Watch is a great piece of drama, and well worth the ticket price. But you’d better be quick – the last performance is on February 18th.

Our new guest Theatre Reviewer, Dan Hart, is a keen amateur theatre enthusiast, and a big fan of the dramatic production scene in Bath.