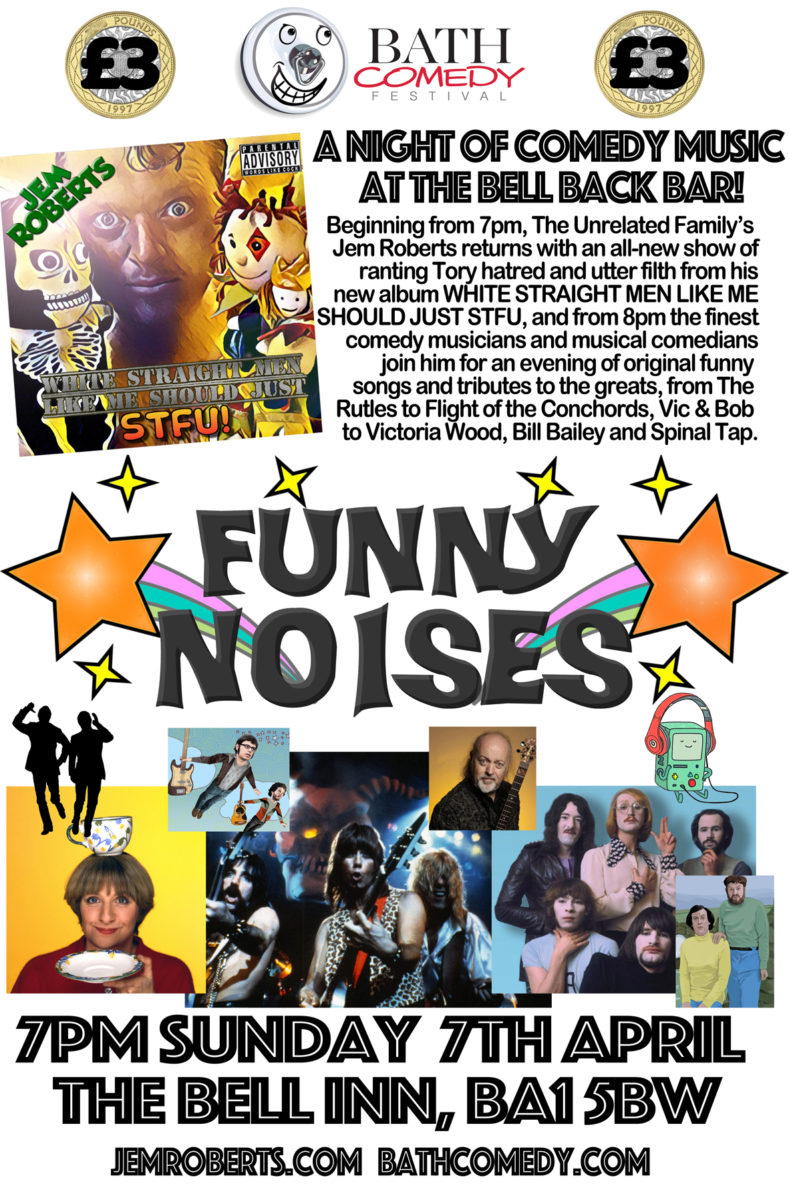 A DOUBLE BILL OF MUSICAL COMEDY AT THE BELL BACK BAR!

From 7pm, comedy musician Jem Roberts performs his solo show WHITE
STRAIGHT MEN LIKE ME SHOULD STFU – an hour or so of anti-patriarchal
ranting, mixed with lashings of absolute filth. Including classic
tracks ‘Crash, Farage, Crash’, ‘Don’t Be That Guy’, ‘Ed
Sheeran Only Knows Four Chords’, ‘Diabetes Girl’ and many…
well, some… more.

Then from 8.30pm, the very finest comedy musicians and musical
comedians in Britain come together for this year’s FUNNY NOISES!

For the 10th year running, The Bath Comedy Festival’s musical comedy
gala returns to The Bell Inn, with a line up of some of the finest
funny performers in the country, singing both their own funny songs,
and classic covers from heroes like Bill Bailey, Victoria Wood, Flight
of the Conchords, Spinal Tap, The Bonzo Dog Band, Vic & Bob, Morecambe
& Wise and more, this promises a whole host of the best funny noises
in history.