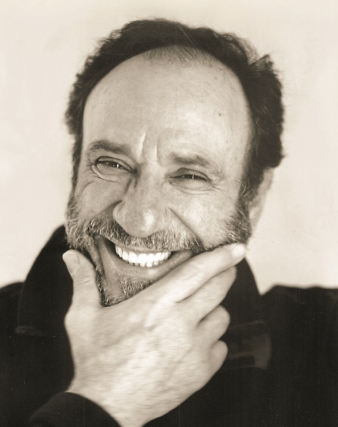 Benjamin Rubin is a cantankerous old writer, whiskey aficionado and pedant, still basking in the reflected glory of long-ago success. Martin Wegner is a rising young literary star, heralded as “the voice of his generation”.

When Martin is given the opportunity to develop his new play under the mentorship of his idol, the two writers meet, accompanied by Martin’s brilliant wife Gina, and hosted by Erwin, the administrator of the prestigious arts fund that has thrown them together.

In a dilapidated art nouveau villa, somewhere in the German countryside, two massive egos are set on a collision course in this perceptive and compelling comedy about art and artists and the legacy of fame.

F. Murray Abraham won the Academy Award for Best Actor for his role as Salieri in Miloš Forman’s masterpiece Amadeus (1983). His numerous other screen credits include Homeland, Mighty Aphrodite, Scarface, Finding Forrester, Star Trek: Insurrection, The Name of the Rose, The Good Wife, Inside Llewyn Davis and The Grand Budapest Hotel. For his stage work, he was awarded an Obie Award for Best Actor in Uncle Vanya in 1983 and for Sustained Excellence of Performance in 2011.

Daniel Kehlmann is a literary superstar whose novel, Measuring the World sold three million copies in Germany alone and has been translated into more than 40 languages. This will be the first time one of his plays has been performed outside Germany.

Christopher Hampton translated Florian Zeller’s play The Father for the Ustinov Studio, launching its international success. He won an Academy Award for the adaptation of his own play, Dangerous Liaisons.

Olivier Award-winning Laurence Boswell is the Artistic Director of the Ustinov Studio and an Associate Artist of the RSC. His recent productions include A Midsummer Night’s Dream in the Theatre Royal’s Main House, and Trouble in Mind, The Mother, Intimate Apparel and The Spanish Golden Age Season in the Ustinov Studio