The Majestic | The Maitree Express 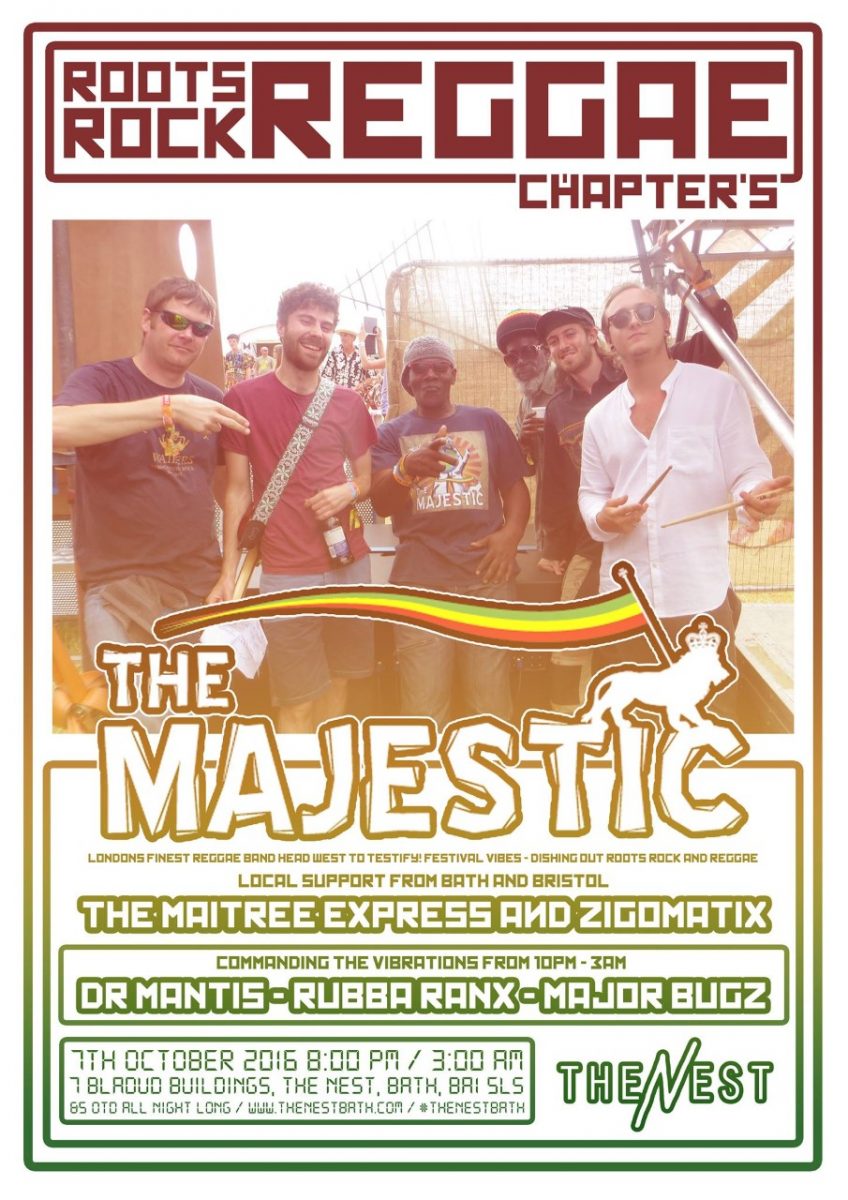 We proudly present a night of Roots, Rock & Reggae featuring one of
the country’s hottest touring reggae groups.

★ THE MAJESTIC ★ was the creation of Faada Ras in the early
eighties. Faada had been DJing for Sound System Imperial I, and
decided to create a band to cultivate his singing prowess.

In the early years The Majestic were built a reputation of being a
powerful, very visual roots rock reggae band, playing their first show
supporting one of the biggest psychedelic rock bands in Here & Now.
Supporting other reggae artists such as Aswad, Misty in Roots and
Mighty Diamonds to name a few, brought them to forefront. One of the
bands many highlights of this era was the legendary Stonehenge
Festival in 1983, sharing the stage with acts such as Hawkwind in
front of over 60,000 festival dwellers.

In 2010 Faada chanceed upon meeting with guitarist Jimmy Page. An
instant bond was formed and this got his musical pulse racing again.
Through Jimmy came the seasoned pro Russell Raisey, upon finding a
classy new drummer in Sam Ferrara and Tony only a phone call away the
latest incarnation of THE MAJESTIC was born. With over 30 shows and
festivals in their first 8 months, Majestic are also adding hardest
working to their list of superlatives, currently working on a new
album while continuing to thrill audiences with their brand of Roots
Rock Reggae.

★THE MAITREE EXPRESS ★ are a new, 6 piece band from Bath that is
fast developing a following for love of their original, soulful take
on roots music, ska, hip hop, swing and funky beats. The band’s
sound appeals to audiences of all ages and backgrounds and never fails
to get people dancing.
https://www.facebook.com/themaitreeexpress