The Strangest Family – With Janice Hadlow 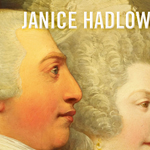 The Private Life of George III
George III was monarch throughout Jane Austen’s life. During his reign he aimed to be a king whose power was in the affection and approval of his people. He also wanted to revolutionise the monarch’s private home life.  Janice Hadlow shows how his attempts to create a happy, harmonious family were doomed by periods of ‘madness’ and his 13 children’s own wishes and desires.