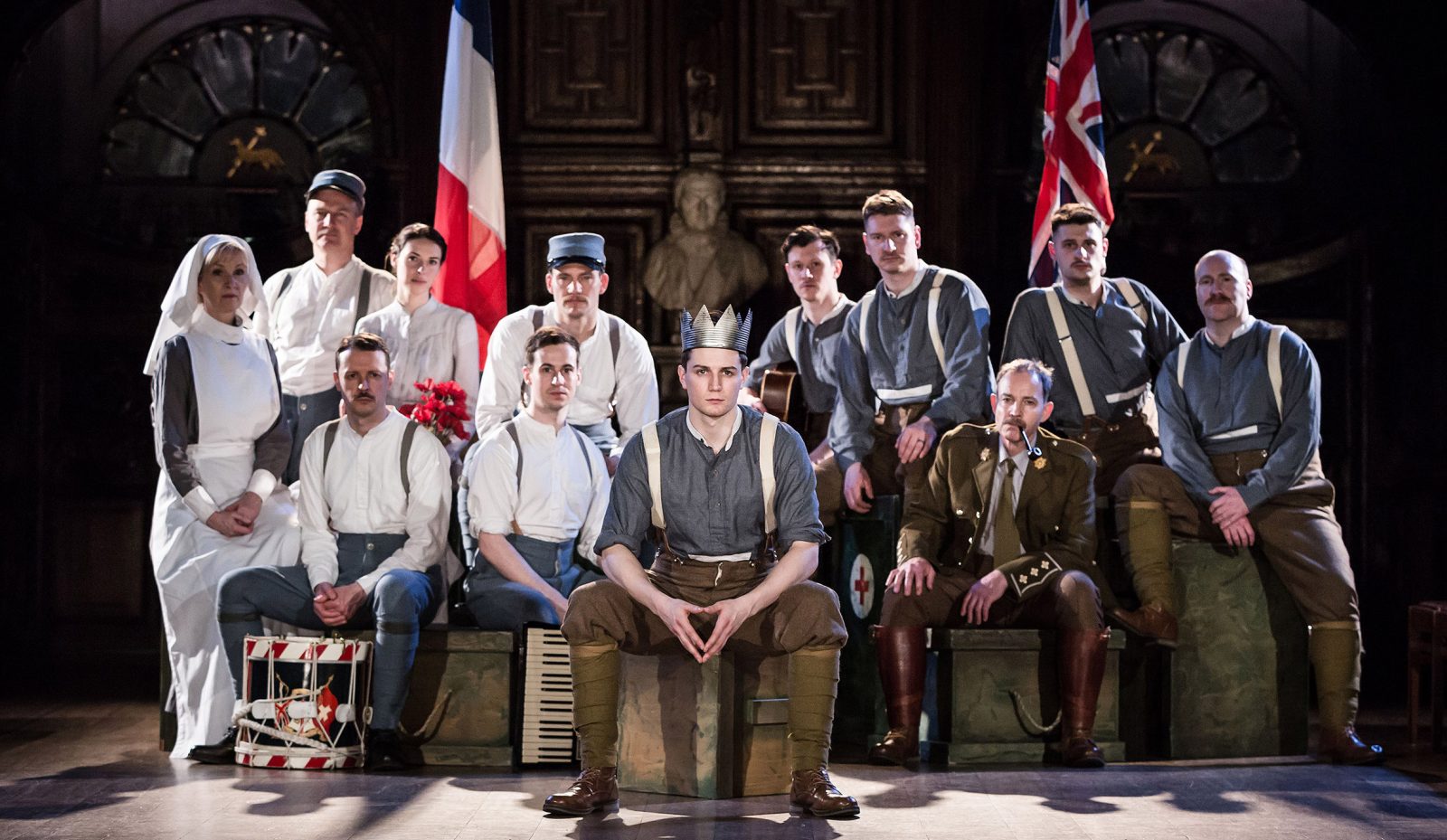 Performed by a talented international cast of British and French actors, Antic Disposition’s Henry V celebrates the rich and turbulent relationship between our two nations, from the Hundred Years War to the Entente Cordiale.

Moving effortlessly between 1415 and 1915, the production combines Shakespeare’s epic history play with original songs inspired by the poetry of AE Housman, in a powerful tribute to the young soldiers caught up in conflicts five centuries apart.

★★★★★
“A truly amazing production which left me spellbound and speechless.”
London Theatre 1