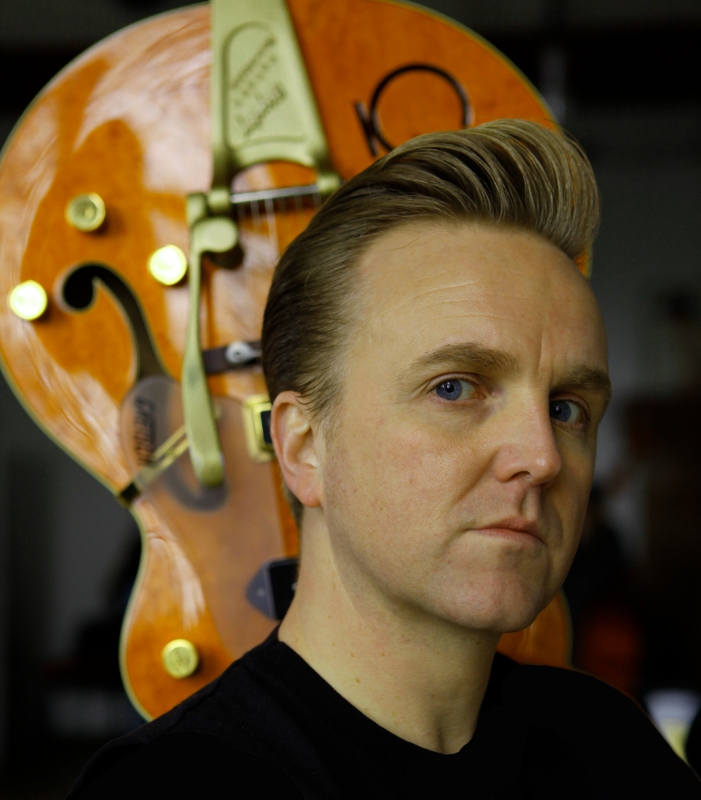 Coming all the way from the United States, Texan, Lars Young (Rock n Roll Paradise, Be Bop A Lula) creates an inspired and uncanny performance as Roy Orbison and his voice emulates faultlessly that of his hero. Orbison was a legend in his own time with fans such as Elvis, The Beatles, Bob Dylan, and Bruce Springsteen all praising and adoring him. With such fabulous songs as ‘Oh, Pretty Woman’, ‘Only The Lonely’, ‘Running Scared’, ‘Crying’ and ‘Dream Baby’ in Orbison’s repertoire, it is easy to see why!

Eddie Cochran’s life was cut tragically short in 1960 when he was involved in a car crash outside Chippenham – he died shortly afterwards at St Martin’s Hospital here in Bath. Having written and recorded such hits as ‘Summertime Blues’, ‘C’mon Everybody’, ‘Twenty Flight Rock’ and ‘Three Steps To Heaven’ the death of this influential guitarist and singer was a major loss to music. Liverpudlian Gavin Stanley who will be familiar to fans of Brookside and Coronation Street as well as West End theatre goers creates a portrayal of Cochran that is nothing short of outstanding. A fabulous tribute to an outstanding star.
Supported by a full band, this is an exceptional night of rock n roll nostalgia.