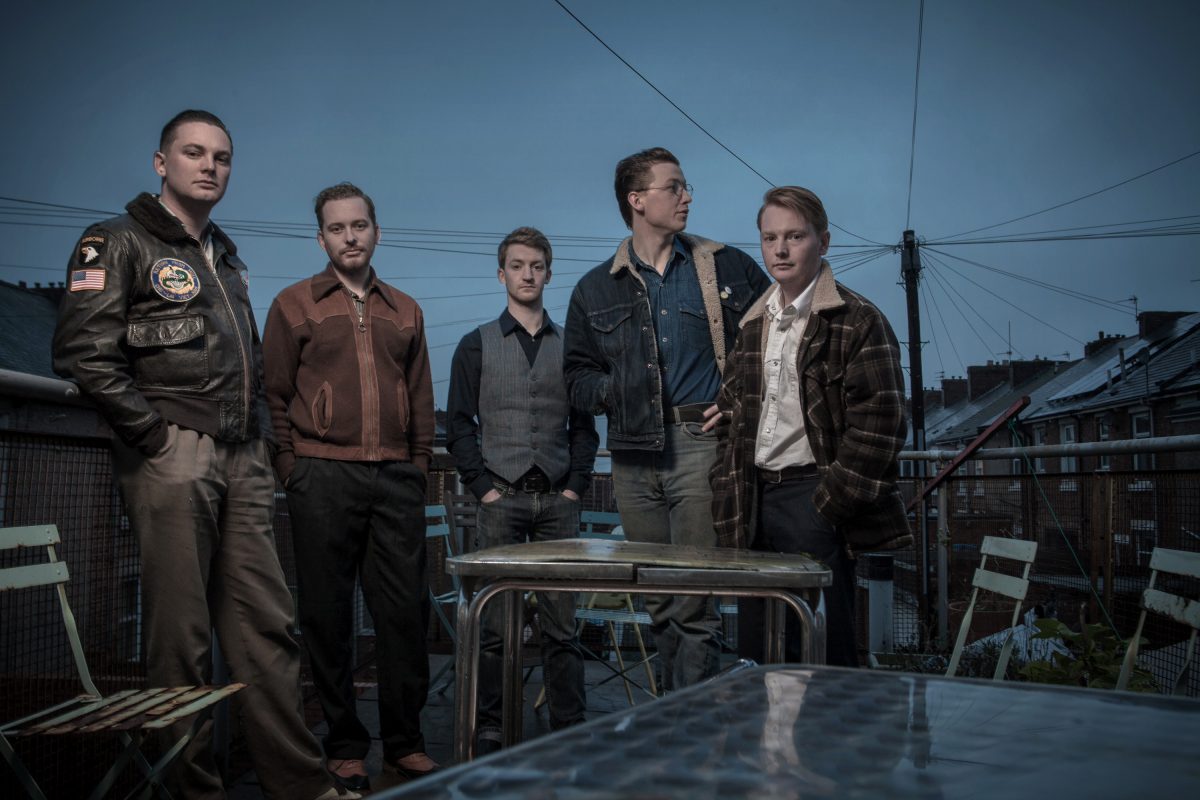 Rob Heron & the Tea Pad Orchestra are one of the hardest working bands in the UK roots circuit. With thousands of touring miles under their belts, they have earned themselves a sizeable fan base in the UK, Europe and beyond.

Rob Heron play their own unique brand of Western Swing, Blues, Gypsy Jazz and Country, or “North Eastern Swing” as they’ve coined it. Influenced by early 20th century American music, with the addition of “razor-sharp” solos, great arrangements and original songs; their music harks back to a golden age whilst staying perfectly modern. The songs are penned by Rob Heron, a crazy fool for country music and a full time dandy-cowboy. His songs are full of character, satire, and good old fashion hollerin’!

Their debut album, ‘Money Isn’t Everything’, caused a sensation when it was released in 2012, winning a host of rave reviews – many of them 5-star. Their follow up album, “Talk About The Weather” in 2014 also received great radio play and reviews. Throughout 2015 and 2016 the band have continued to show their passion for touring and playing live with multiple SELL OUT shows across the UK and beyond.

2016 started with a bang with the band extensively touring across February to May – Including dates in England, Scotland, Ireland and Europe! Following this, Rob and the gang played some fantastic festival slots including Glastonbury (Avalon), Red Rooster, Shrewsbury Folk, Belladrum Tartan Heart – the list goes on and on. Through October Rob Heron & The Tea Pad Orchestra are touring the UK once again to promote the release of their highly anticipated 3rd album “Something Blue”, which is already receiving fantastic reviews for which some are included below.

Truly an incredible live act who’s songs will stick with you even weeks after!

“Hank did it like this. So did Sinatra. So did Tom Waits. So did John Lee Hooker. Mix these influences with a healthy dose of youthful enthusiasm, a real passion and an ear for detail, sheer authenticity, and a good slug of both Scotch and Bourbon, and you might find that the results are very much to your taste. They are certainly to mine.” Mark Whyatt, Folk Radio

“Rob Heron evokes the spirit of Bob Wills and Django Reinhardt with a quintet that shuffles and boogies with panache. Infectiously good-humoured” – Uncut Magazine

“Amazing musicians who play with both passion and a sympathetic regard for the history of the genre.” – Maverick Magazine