Paul Morley on the Age of David Bowie in Bath 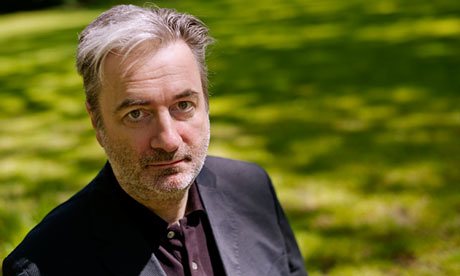 Following his death in January, the artistic achievements of David Bowie have been savoured and celebrated and his loss mourned by fans and cultural historians alike.  Paul Morley, respected arts commentator, broadcaster and writer has produced a startling biography that captures the greatest moments of Bowie’s career. Paul Morley also curated the sell out, world-touring V&A Bowie Exhibition.

In his new book The Age of Bowie, author and industry insider, Paul Morley explores the musical and cultural legacies left behind by ‘The Man Who Fell to Earth.’ He constructs a definitive story of Bowie that explores how he worked, played, aged, structured his ideas, influenced others, invented the future, and entered history as someone who could and would never be forgotten.

Morley captures the greatest moments from across Bowie’s life and career. He offers a startling biographical critique of David Bowie’s legacy, showing how he never stayed still even when he withdrew from the spotlight, how he always knew his own worth, and released a dazzling plethora of personalities, concepts, and works into the world with a single-minded determination and a voluptuous imagination to create something the likes of which the world had never seen before—and likely will never see again.

“I just plummet through, on either a wave of euphoria or mind-splintering dejection. This can often be held together by a bloody-minded determination to create something that was not there before.” (David Bowie) 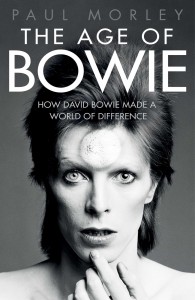