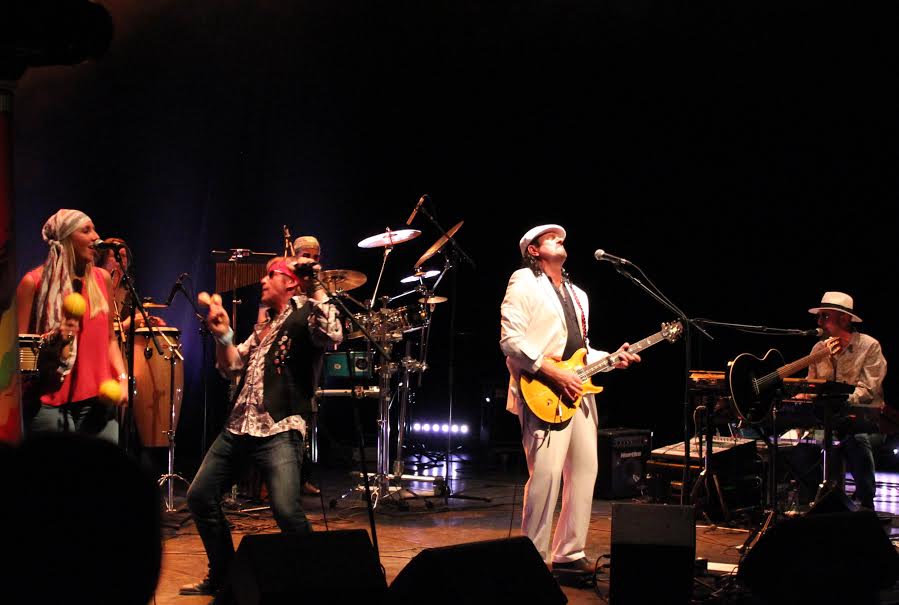 “The first thing that really appealed to me about Carlos Santana was his tone,” says Oye Santana’s founder, Milan Webb. “As soon as I heard Samba Pa Ti I knew one day I’d love to be able to play like that.” It’s a dream he cherished until the time was right to form a Santana tribute, with the right ethos and the right players to do justice to the sound, to the material and to all the Santana fans who feel the same way.

There’s no denying he has the credentials to pull it off. When Milan Webb plays a guitar solo, he takes no prisoners. It’s not just his superb technique and wonderful tone that make him the ideal ‘Carlos’ for Oye Santana. It’s also his view that it’s his duty to wring every ounce of emotion out of a ballad, to inject even more excitement into up tempo numbers and never to forget that music is less about showing off than about communicating with your audience.

That’s exactly what Oye Santana is about – playing Santana’s hits (and there’s more than four decades of catalogue to draw on) exactly the way the audience knows and loves them. And every number in Oye Santana’s set is a gem in its own right. From early Santana there are favourites including Jingo, Evil Ways, Oye Como Va and Soul Sacrifice among others. Then there are the middle-era songs such as Carnaval, Let The Children Play, Dance Sister Dance and She’s Not There. And of course there are the modern-day hits – Smooth, Maria Maria, Corazon Espinado and Saideira among them – all combined in a two hour-plus performance driven by infectious rhythms and a feast of musical talent.