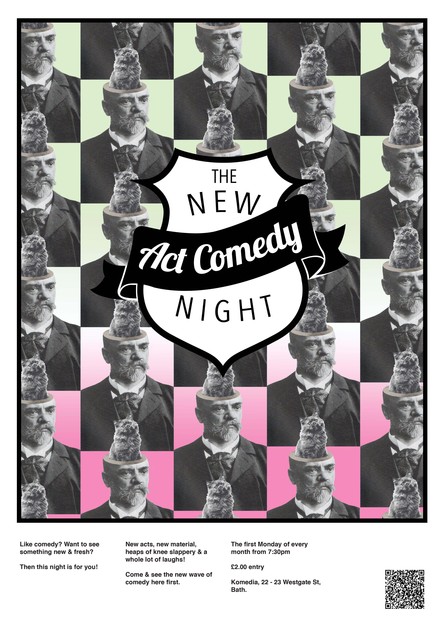 Like comedy? Want to see something new and fresh? This night is for you!

Komedia is playing host to some of Bath and Bristol’s best aspiring comedians. Some who are relatively new the game, others that have been around a while. Either way, they’re acts we believe deserve their spot in the lime-light.

And not only will we have a whole host of local acts for you. We’ll be joined by a seasoned comic each month to round the night off with thier new material and a whole load of laughs!

Come and see the new wave of comedy here first!

“It’s like it goes head on against every unwritten rule of comedy and has no right to work but it really does and his gag per minute rate is simply off the scale” – Paul Savage, speak easy comedy

“Roger’s act is genuinely unique, like nothing I’ve ever seen before, but perfectly accessible to any audience and the energy is unbelievable. More reserved audiences can be a taken aback by it at first, but he’s great at getting them on board”  – Deano, reckless comedy