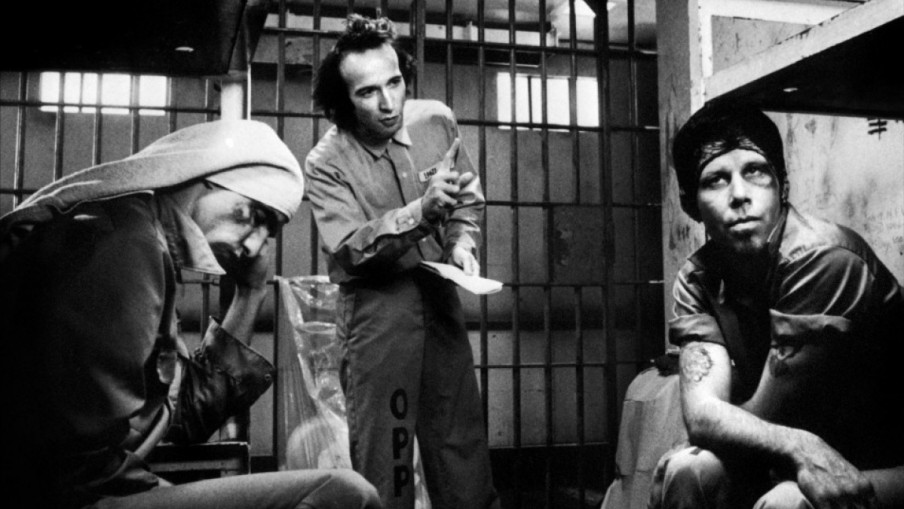 Cult breakout film with an unexpected ending, about three convicts sharing a cell, who, in spite of their differences rely on each other.

Set in New Orleans, Jim Jarmusch’s laid-back, longtime difficult-to-see cult film from 1986 sees three men thrown together in a Louisiana jail cell. The sullenness of both unemployed DJ Zack and Jack the pimp, who have been set up, contrasts sharply with Bob’s optimistic but headstrong attitude that provides courage for the trio when the chips are down. The monochrome, classic yet highly technical cinematography of Robby Müller is used to great effect to lend a bleak atmosphere to the backdrop of a sultry summer, as the three inmates plot their escape. Expect a generous dash of comedy, especially from the great Benigni in pre-Life Is Beautiful and Oscar ceremony antics days, and great acting from the entire cast.