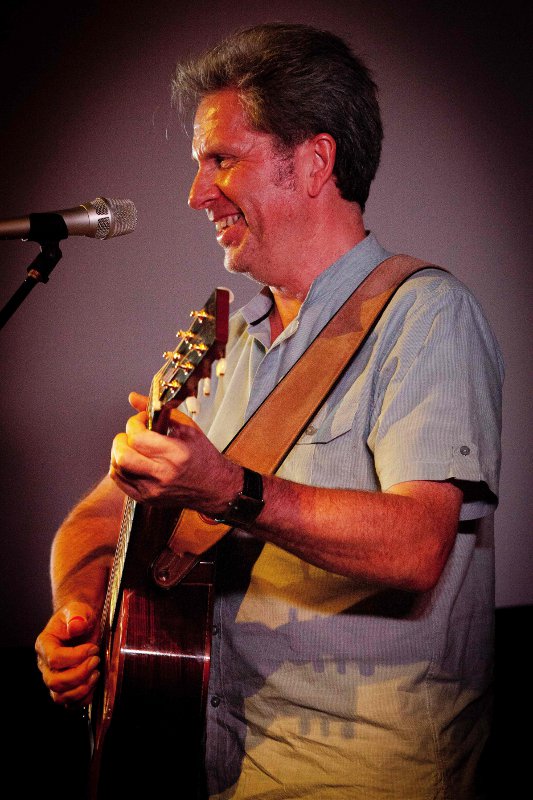 Ken Nicol is a highly acclaimed musician, singer, songwriter, producer, playwright and composer who has been a member of folk/rock bands Steeleye Span and The Albion Band and also worked with artists ranging from Al Stewart to Phil Cool. He plays acoustic and electric guitar, resonator guitar, 5-string banjo, mandolin and ukulele. His music ranges from folk to ragtime, blues to rock, ballads to jazz, amazingly intricate instrumentals to singalong comedy numbers.

Born in Preston, Lancashire, Ken had early success as one half of Nicol & Marsh’s Easy Street who recorded four albums on the CBS and Polydor labels, and moved to Los Angeles in the late-1970s. Then in 1996, Ken started working with Ashley Hutchings – founder of British folk-rock giants Fairport Convention, Steeleye Span and The Albion Band. It was a very fruitful partnership which continues to this day. After recording four albums with The Albion Band and continuing to record and release his own solo albums, Ken joined legendary folk-rockers Steeleye Span in 2002, touring the world and recording a further four albums with the band.

Ken left Steeleye Span in 2010, in order to concentrate on his many other projects which see him performing across the UK and Europe, both as a solo artist and as part of various duos. He’s also co-host of the Internet radio show, FolkCast (http://www.folkcast.co.uk), which has thousands of listeners all around the world.

‘The musicianship is staggering, seldom are the compositions less than inspired.’ Acoustic Magazine

‘A guitarist of broad scope … A musical paragon.’ Maddy Prior