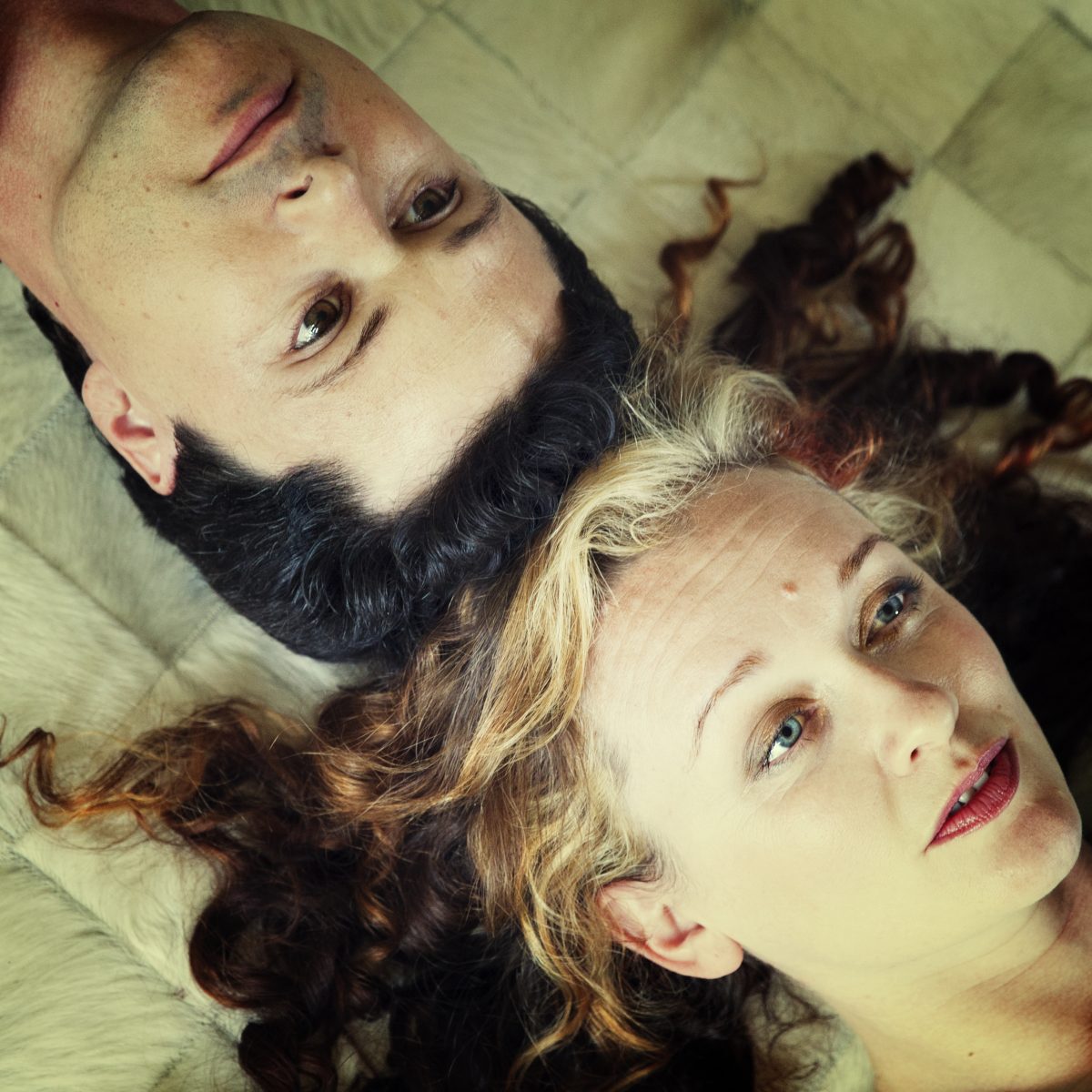 Kathryn Roberts & Sean Lakeman are proud to announce their album “Tomorrow Will Follow Today”, their boldest musical statement to date. After being voted “Best Duo” in the BBC Radio 2 Folk Awards in 2013, and also nominated for “Best Original Song” (The Ballad of Andy Jacobs), in ‘Tomorrow Will Follow Today’ they add two rarely covered traditional songs to eight confidently written compositions to create a superb new album.

This husband and wife duo had been absent from the music scene for almost a decade before their highly-acclaimed “Hidden People” CD (2012) was released; Sean busy touring the world with brother Seth’s band whilst Kathryn remained in Devon bringing up the couple’s twin daughters.

The Roberts-Lakeman name has become synonymous with “quality” during their musical careers which started when they were signed to a major label as teenagers. Now after nearly two decades in music, Kathryn’s sublime vocals merge seamlessly with Sean’s deft and inventive live guitar work on stage – and his award-winning sonic skills in the studio. In addition to his chart-topping hit records for brother Seth Lakeman, Sean has this year alone produced albums or tracks with The Levellers, Billy Bragg, Frank Turner, Imelda May and Bellowhead… as well as a string of other folk/acoustic acts.

The new album kicks off in classic Roberts-Lakeman style with “Child Owlet”, a traditional ballad from the revered Child Ballad collection. Sean’s chunky, percussive guitar drives Kathryn’s voice along in this dark tale of incest, betrayal and murder.

Then a change of pace and subject with “52 Hertz” which charts the true story of a lonely whale that roamed the oceans calling out in the “wrong key” of 52 Hertz, which other whales did not appear to recognise. Simple guitar and piano compliment Kathryn’s sensitive vocals.

Equally thoughtful and enchanting is Kathryn’s “A Song To Live By”, some heartfelt advice to her young twin daughters, recorded on her own trusty upright piano in a corner of their Dartmoor home.

Title track “Tomorrow Will Follow Today” sees the duo tackling a song driven by a tolling drumbeat and tuned-down guitar. It questions our political masters and whether the holders of power rely on the turning of the days, months and years to soften the blows of their ambition.

Renowned for finding inspiration in unusual places, another offering is “Rusalka”, the tale of a mermaid living in a Russian river. Ethereal and baroque-like guitar underpins Kathryn’s mesmerising tale of this siren-like water nymph.

A Kathryn and Sean album would perhaps not be complete without a tale rich in sexual innuendo and on this CD it is the trad-inspired “The Banishing Book”, (their re-working of “The Maid’s Conjuring Book” from Thomas D’Urfey’s ‘ Songs of Wit and Mirth.’)

The couple return to their folk roots with “The Robber Bridegroom”, a sinister tale in which a bride-to-be escapes from her wicked fiance who planned to kill her for her dowry. A poetic and lyrical love song, “Soft The Morning Sun”, plays out this gentle gem of a record.

“An absolute masterclass in how to do it right.” – Festivalsforall.com

‘From a brilliant arrangement of trad ballad ‘Child Owlett to the angry title track, Tomorrow Will Follow Today is invested with inventive arrangements and an urgency that is a big part of this record. – MOJO

‘As a guitarist, producer and co-songwriter, Sean Lakeman is one of the unsung heroes of modern British folk’ – MOJO

‘A potent mix of trad ballads and their own compositions, from the brooding protest of the title track (like Dylan’s “Masters Of War”) to Roberts’ lovely piano ballad “A Song To Live By” – with a charm reminiscent of the McGarrigles’ – UNCUT

Roberts voice is a delight to listen to, Lakeman’s production and playing is as good as it gets, what’s not to like? – FolkAll.co.uk

A stunning record from start to finish. Achingly beautiful, inspiring and dramatic, and most significantly leaves you feeling like a changed person after only one listen. – Culturefly.co.uk