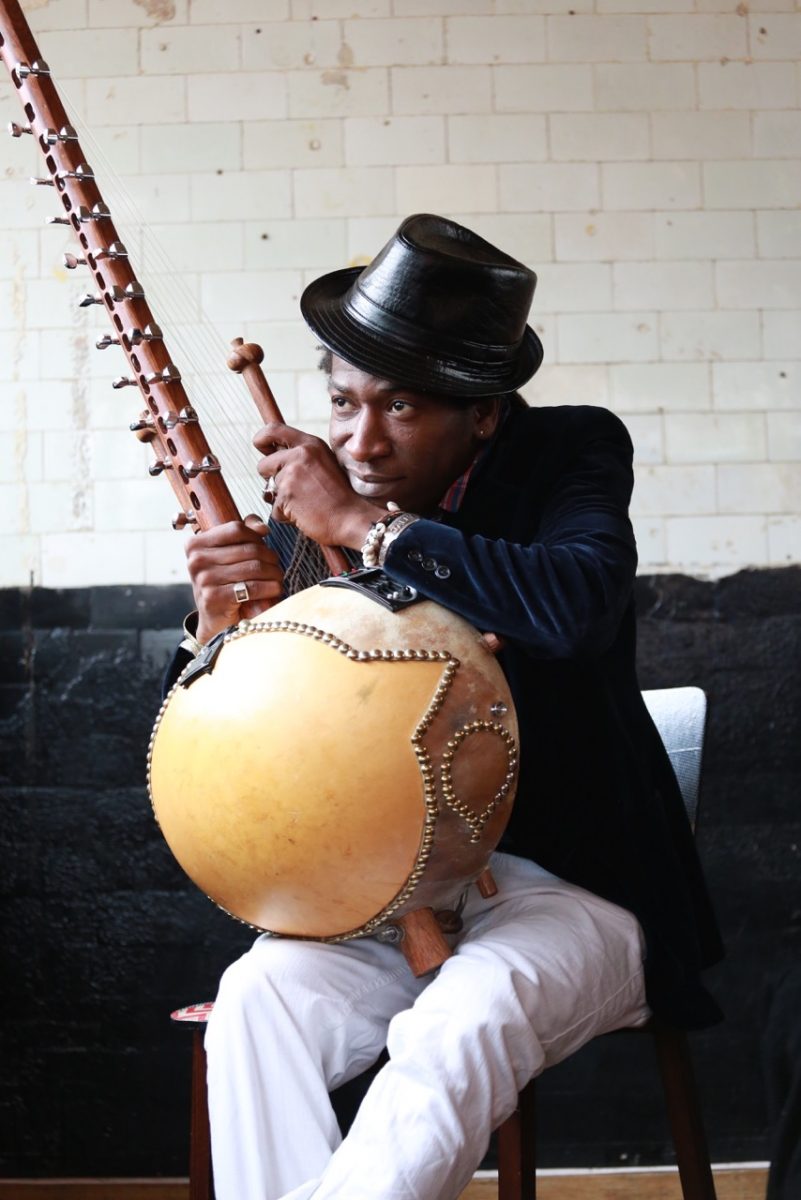 In West African culture, the kora is the traditional harp of the griot. The griot plays a key part by bringing together the skills of a historian, musician, storyteller and diplomat to steer the community and its leadership to a better future. You can only be born a griot, inheritance being the only path, and Jally Kebba plays from a background of 74 generations of musical heritage.

Jally learnt kora from his father and elder brother from the age of seven. By 13 years he was touring internationally across West Africa, Belgium, Holland and UK. This early exposure and inherent ambition led Jally to his mission: to expand the boundaries of the griot tradition whilst keeping its heart and soul intact.

After settling into London in 2002, Jally’s musical horizons widened where he started arranging music – combining jazz, rock, blues and Afro-funk. He formed his band in 2007 and released their first album Malaye Warr (self-released) in 2012.

His songs, sung in Mandinka, call for unity and togetherness. They are songs of love and praise for the ancestors. Album two is under production.

With speed and accuracy, Jally commands the the kora’s 21- strings in his own distinctive style. His band blends these kora sounds with a strong groove – bass, guitar and percussion – into a live show like no other.