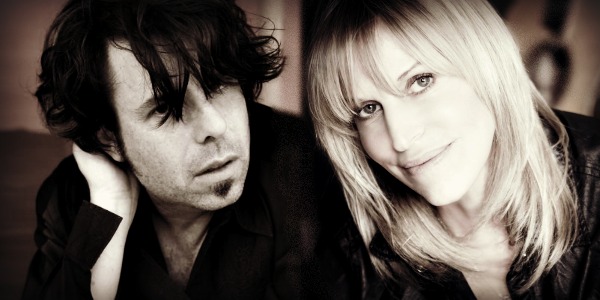 Fans of Americana music may debate on various topics, but all are undoubtedly in agreement: two great musicians are better than one. And that is certainly the case with Hey Harley, a new collaboration between acclaimed singersongwriters Lizanne Knott and Bill Reveles whose respective strengths are poised to shine as this hot duo becomes a powerhouse on the Americana scene.

Lizanne, already renowned for her award-winning songwriting and infectious, smoky vocals, has long been championed in the UK by BBC Radio 2’s Bob Harris, a staunch supporter since hearing her debut release in early 2002.

Bill Reveles has received four songwriting and artist awards, including “Best Male Artist” at the Southern California Music Awards and “Best Adult Contemporary Artist” from the prestigious Los Angeles Music Awards. He has over 50 music placements in both TV and film including hit series such as “Beverly Hills 90210”, “Melrose Place”, “Party Of Five” and Paramount Films’ “Nobody’s Fool” (1994) starring the late Paul Newman, Bruce Willis, Melanie Griffith, and the late Phillip Seymour Hoffman.

Both Lizanne and Bill have multiple solo albums behind them (Lizanne’s latest, Standing In The English Rain, earned a spot on the USA’s 2013 Top Folk Albums list); and have graced some of the UK’s and US’s most famed stages and festivals; sharing the stage with notable names including Shawn Colvin, Joan
Osborne, Jimmy Webb, JD Souther and many others.

Hey Harley plans to release their label (Proper Music Group) debut record in the UK in early 2015. Radio singles will be available by August 2014 before they
embark on the October 2014 UK tour. The strength of Hey Harley’s reputation impressed Taylor Guitars enough to offer a coveted artist partnership to the duo for their forthcoming tours.

The duo have relocated from their home bases of Philadelphia (Lizanne Knott) and Los Angeles (Bill Reveles) to live and work in Nashville’s vibrant artist
community. Their UK tour in October 2014 will be followed by appearances throughout the USA and Europe and will include a number of radio and TV appearances.