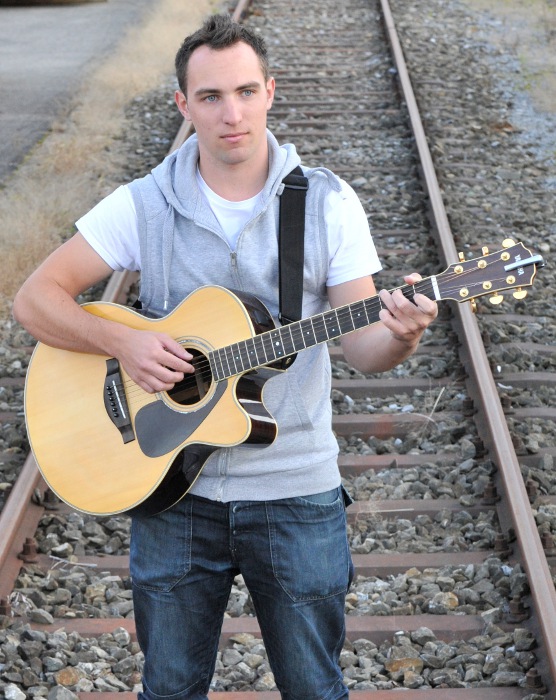 Gion Stump is a traveller and always looking for new adventures. With three albums released, he has toured all over Europe and played shows with a 60 piece orchestra.

The audience are taken to different worlds – sometimes quiet and melancholy, sometimes loud and rocking, but always presented with mischief and humour.

Gion Stump founded his band “Gion Stump & The Lighthouse Project” in 2007. So far, the band has released two studio albums (“Fine Lines at Dawn”, and “Lost in Limbo”) and one Live DVD. The third studio album will be released in 2015.

In 2013, Gion has released his first solo record called “Rail Tracks“. All the songs were written on trains during a solo tour in 2011. The following “Rail Tracks Tour” contained many full band shows and solo shows all over Europe.