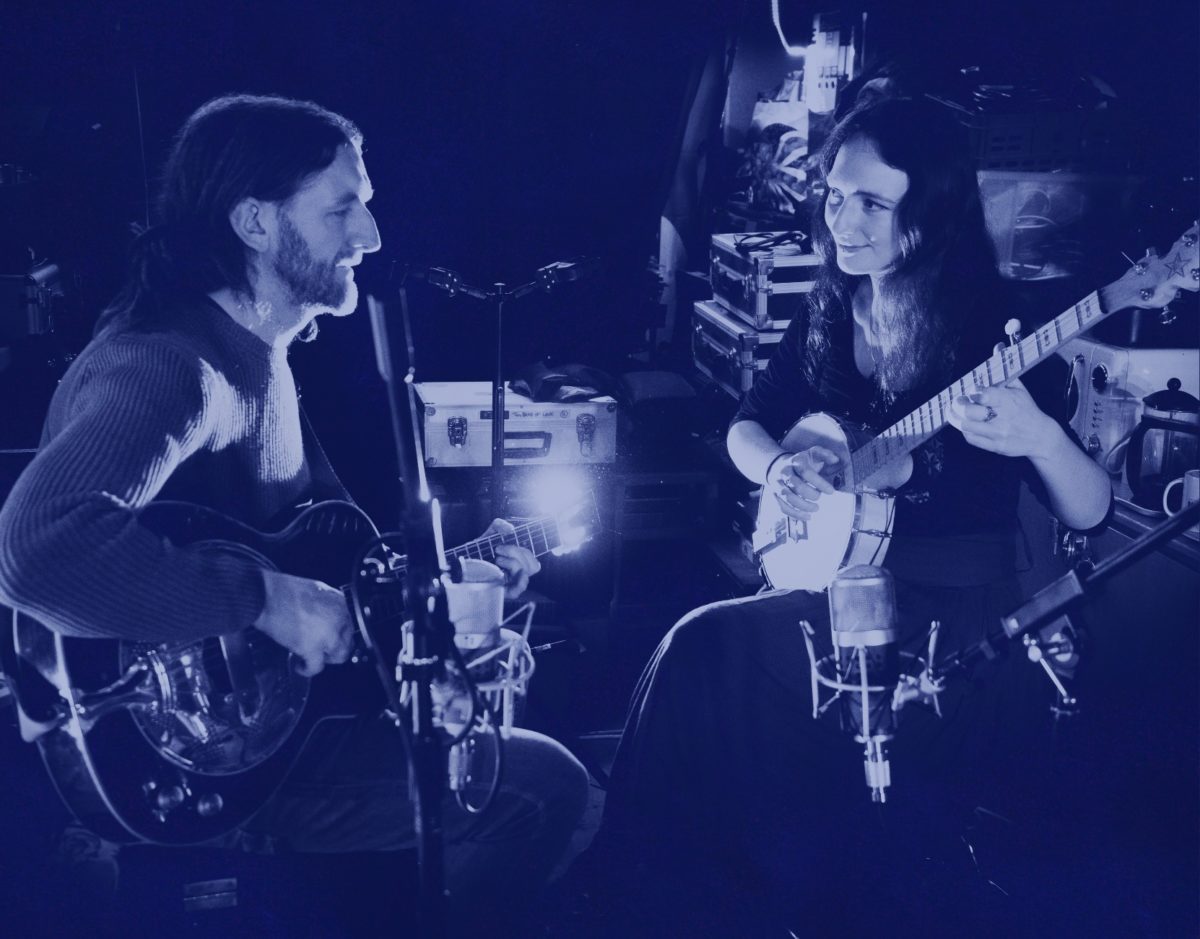 In 2018, Edgelarks retreated to a remote Cumbrian cottage to write.
With world rhythms, folk roots, and a very big sound for only two
people, the album that emerged is an upbeat celebration, an incitement
to hope.
Join them as they celebrate the launch of Feather with a UK tour.

Edgelarks began their musical journey together living in a small
caravan in the hills near Exmouth, Devon. Phil had returned,
Chaturangui in tow, from studying slide guitar in India with the
master musician Pandit Debashish Bhattacharya. Hannah had grown up
playing fiddle at traditional folk sessions. The pair met when they
were both recruited to alt-roots outfit The Roots Union and when the
band folded, Phil and Hannah formed a duo. Spotted busking on the
seafront at Sidmouth Folk Festival by champion of independent music
Steve Knightley, they soon found themselves touring nationally,
supporting the likes of Show of Hands and Seth Lakeman, and eventually
winning the prestigious Best Duo award at the 2014 BBC Radio 2 Folk
Awards. From recording their first album, Singing the Bones, at home
in their living room, they have gone on to produce four more records,
each time refining the process and honing their production skills –
Mynd, Live in Calstock, and Watershed (which garnered them a second
nomination for Best Duo at the BBC Folk Awards in 2016.). With the
fourth album, Edgelarks, came another Folk Award nomination, and the
decision to adopt the band name.
Feather will mark another step in their journey. An exploration of the
musical possibilities of just two people, they plan to translate their
formidable live show into album format. A set of songs that will
celebrate joy, push musical boundaries, and call out for hope.