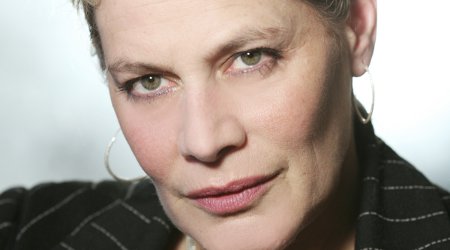 n Amorous Discourse in the Suburbs of Hell is a love song between an angel and an accountant. Shaped into verse by the Man Booker Prize short-listed Deborah Levy, this dystopian novel-cum- poem is like nothing you’ve ever read before.

It begins with a tattooed angel, flown from Paradise with one mission: to save a man from the hellish monotony of the nine to five. All he wants is a white Christmas, a little garden, and someone he can love. She, however, has grander ideas, and with a searing wit attempts to jolt him out of his commuter’s habits and into a world of excitement and ecstasy.

An Amorous Discourse is a rich and unique story, brimming with romance, slapstick and dystopian philosophy. This exciting chance to hear the inimitable Deborah is not to be missed.