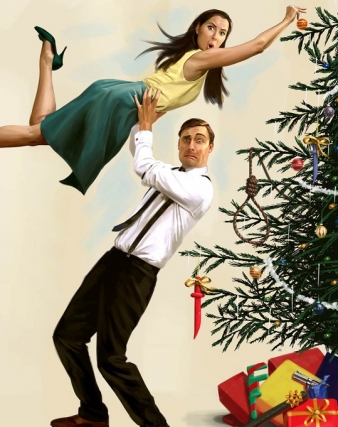 A new comedy thriller that sees a host of characters invited to a party in a mysterious house on a remote island. No sooner has the party started than the guests start dying in suspiciously Christmassy ways: the Lords they are a-leaping to their deaths, lead pipes are piping people’s heads in and guest of honour Pete Artridge does not like the look of the rope in the pear tree one bit.

Think Agatha Christie meets the 12 Days of Christmas meets The 39 Steps! Produced in partnership with the Natural Theatre Company and supported by the Arts Council