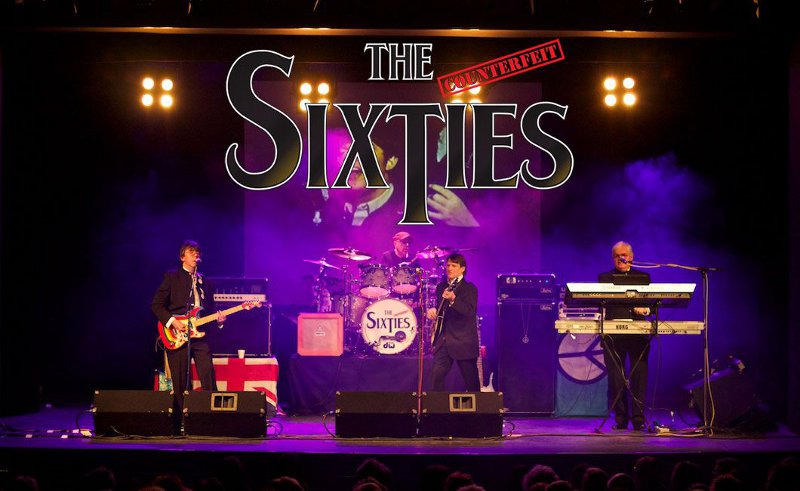 The Counterfeit Sixties present a showcase of the great bands of this unforgettable time. The fantastic music of The Beatles, The Rolling Stones, The Who, The Dave Clark Five, The Kinks, The Monkees to name but a few. Their show encompasses everything from that period from the clothes that were worn to flashbacks from television history including programmes and adverts.

The band members have performed their unique tribute shows all over the UK and have a wide range of experience in that field having previously individually worked with notable sixties artists such as The Searchers, The Ivy League, The Fortunes, The Tremeloes and many more.

‘A night of pure sixties magic comes to The Chapel Arts Centre, Bath on Sunday December 7th 2014, as The Counterfeit Sixties bring their Tribute Show to the area. The band who have been touring for many years both here and abroad, make a first time visit to Bath as part of their 2014 theatre tour. They have received rave reviews around the country for their accurate portrayal of many sixties bands, coupled with video footage of the era, this makes it one of the best sixties shows around.’