Christmas With The Rat Pack. 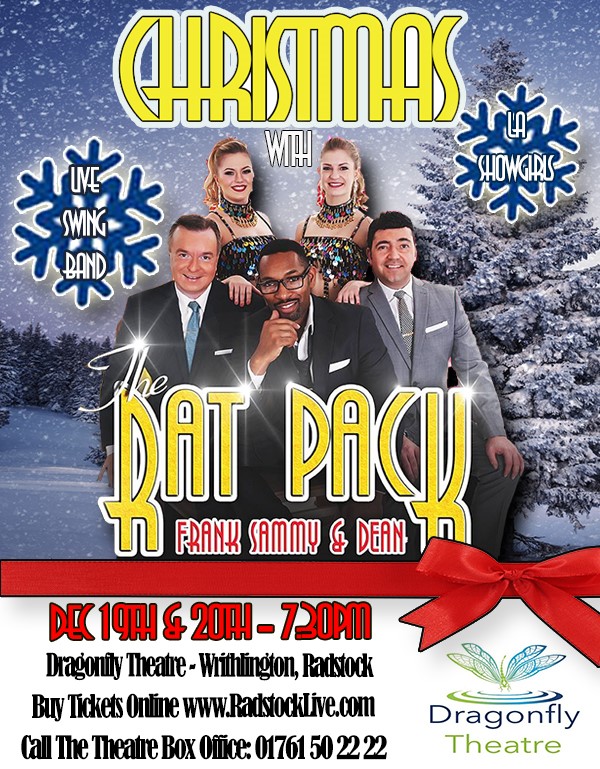 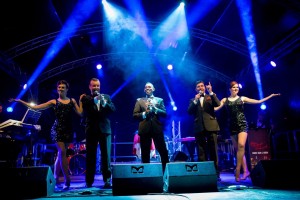 UK Live Productions Proudly Presents ‘Christmas With The Rat Pack’
‘Tis the season to be merry! Beat the winter blues with the special
Christmas version of the hit show for the festive season – Direct from
the 02 Arena, David Alacey’s original Rat Pack Show in it’s 18th year,
comes to The Dragonfly Theatre in Radstock!
Take a trip back in time to the glamorous, glitzy nights of Las Vegas
in the late 1950s and early 60s where, in the company of three of the
world’s most popular entertainers, the fabulous LA Showgirls and the
Rat Pack swing Band, you will experience Frank Sinatra, Sammy Davis Jr
& Dean Martin performing at the famous Sands hotel.
Hit follows hit, including: Witchcraft, The Lady is a Tramp, Mr
Bojangles, I’ve Got You Under My Skin, That’s Amore, Everybody Loves
Somebody Sometime, New York, New York, My Kinda Town, Fly Me to the
Moon, Sway, Volare, Me and My Shadow, My Way, Memories are Made of
This and many more. Seasonal classics include: Baby it’s Cold Outside,
Rudolph the Red Nosed Reindeer, Let it Snow, White Christmas, Winter
Wonderland & Auld Lang Syne.
The Sands hotel was the very height of Las Vegas sophistication. It
was there in 1960, during the filming of Ocean’s Eleven, when for the
first time Frank Sinatra, Dean Martin, Sammy Davis, Jr, Joey Bishop,
and Peter Lawford performed together on stage. From then on, they were
forever known as the Rat Pack. Las Vegas was their playground and
everywhere else was known, in Rat Pack vocabulary, as ‘Dullsville,
Ohio’. Frank, Sammy & Dean were a force to be reckoned with, an
inexhaustible energy that is as apparent in their music today as it
ever was. This spectacular production celebrates the incredible
singing talent of three world-famous entertainers and performers and
some of the finest music and song that has ever been recorded.
If you wish you’d swung with the hardest partying pack in town, now’s
your chance!