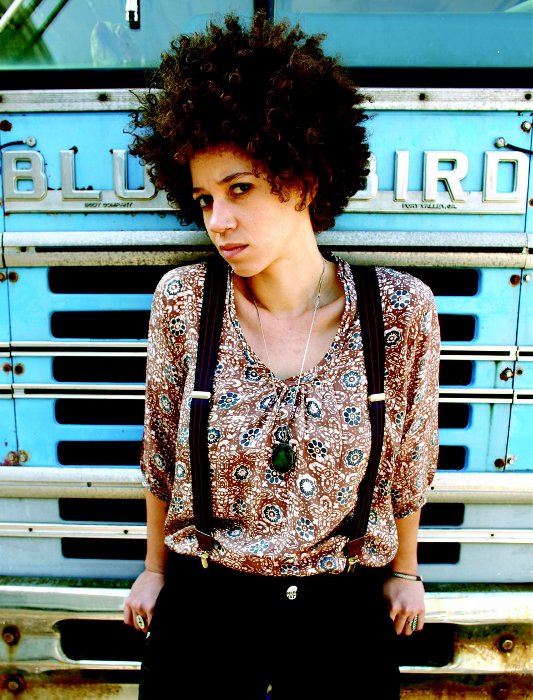 She’ll put a spell on you. Sweet as molasses and woodsmoke, clear and burning as summer sun, Chastity Brown casts magic. Her voice brings you to the crossroads with every turn, warms, comforts and challenges you. She is the inheritor of Leadbelly, Nina Simone, Bonnie Raitt and Roberta Flack. She is past, present and future. She is fire, earth, air and water. She’s a natural.

Throw all the genres and hyphenates together you want to describe her – gospel, roots & soul, jazz, blues & country – they are all right, and also not enough. Chastity channels songs that are borne deep in the American bone, the hunger, desperation and confidence that runs through our times. Coming from Tennessee to Minnesota, touring the country, she has had half her own lifetime and million lifetimes gone before to concoct her powerful sound. Ignite it all with love, and the rest is rapture.

With her fourth full-length record, Back-Road Highways, Chastity pushes her own natural talent even farther, to stunning effect. Back-Road Highways was recorded at the venerable Helsinki South studios in Nashville, Tennessee with the support of her new label C & D Music Network, giving Chastity a return to Southern warmth and a roster of heavyweight studio musicians with credits such as Mavis Staples, Garth Brooks and BeBe & CeCe Winans to lay down tracks. Also on Back-Road Highways is guitarist Robert Mulrennan of No Bird Sing, who plays with Chastity in her live band. Chastity pulls from a diverse cross-section of talent for her live shows, playing with percussionist Michael X, keyboardist deVon Gray (Heiruspecs) and bass player Jef Sundquist (Hildur Victoria), resulting in restless, electrifying and completely enveloping performances that never want to stop and linger long after the last note has quieted.

Back-Road Highways is the best yet from Chastity. She opens with the slow, pulsing insistence of “House Been Burnin”, a cry out for our needs, then follows it up with the rocking blues of “When We Get There” and the plaintive, moving roots of “Solely”. Chastity turns it all around and brings out the joys and sorrows of love with the enormous, pleading, “Say It”, and throughout Back-Road Highways, Chastity sings it all out, gives us all a reason to keep on going one more day.

A talent like this doesn’t appear overnight. It takes travel, it takes guts. It takes chance, work and luck. It takes love. Get ready to love Chastity Brown.