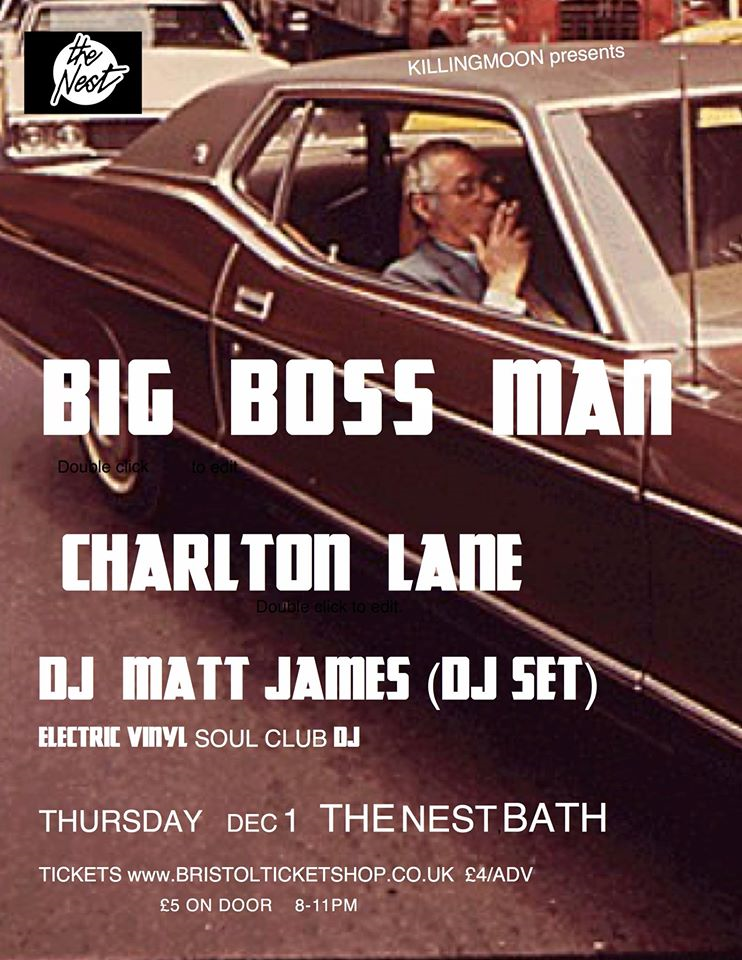 Big Boss Man formed in November 1998, Their sound is a hip Heavy Hammond hybrid of pop, 6T’s R’n’B / Latin soul and funk. The Band consists of: Nasser Bouzida a.k.a “the Bongolian” on Organ and Percussion, Scott Milsom on bass, guitar is provided by Trevor Harding. Early 1999 they got themselves a gig at the renowned “Blow Up”, then situated at the Wag club London, as usual the club was packed and the crowd absolutely loved the Big Boss Sound. They were then immediately signed up to the clubs very own “Blow Up” record label. The first release can be found on V2 Blow Up compilation “Blow Up A Go-Go” with the demo version of the track Humanize, (recorded in the bands very own Ramshackle studios).