Andrew Lawrence: Reasons To Kill Yourself 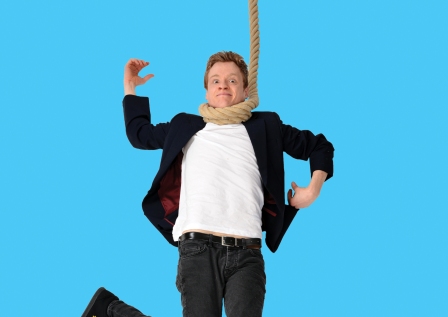 Returning from his critically acclaimed, sell-out Edinburgh 2014 show, Andrew Lawrence heads back onto the road with Reasons To Kill Yourself.

He’s been on BBC1’s Live at the Apollo and BBC3’s Edinburgh Comedy Fest Live a regular on Channel 4’s Stand-Up For The Week. He’s had three series of his own show on BBC Radio 4. He’s a double Edinburgh Comedy Award nominee. Yet none of that rubbish has brought him any joy. Come and laugh in his stupid face at his disappointing life and some amusing thoughts he’s cobbled together about how awful the world is.

…you owe it to yourself to see him The Daily Mirror*****

This show is a must see without a doubt Edinburgh Reporter *****