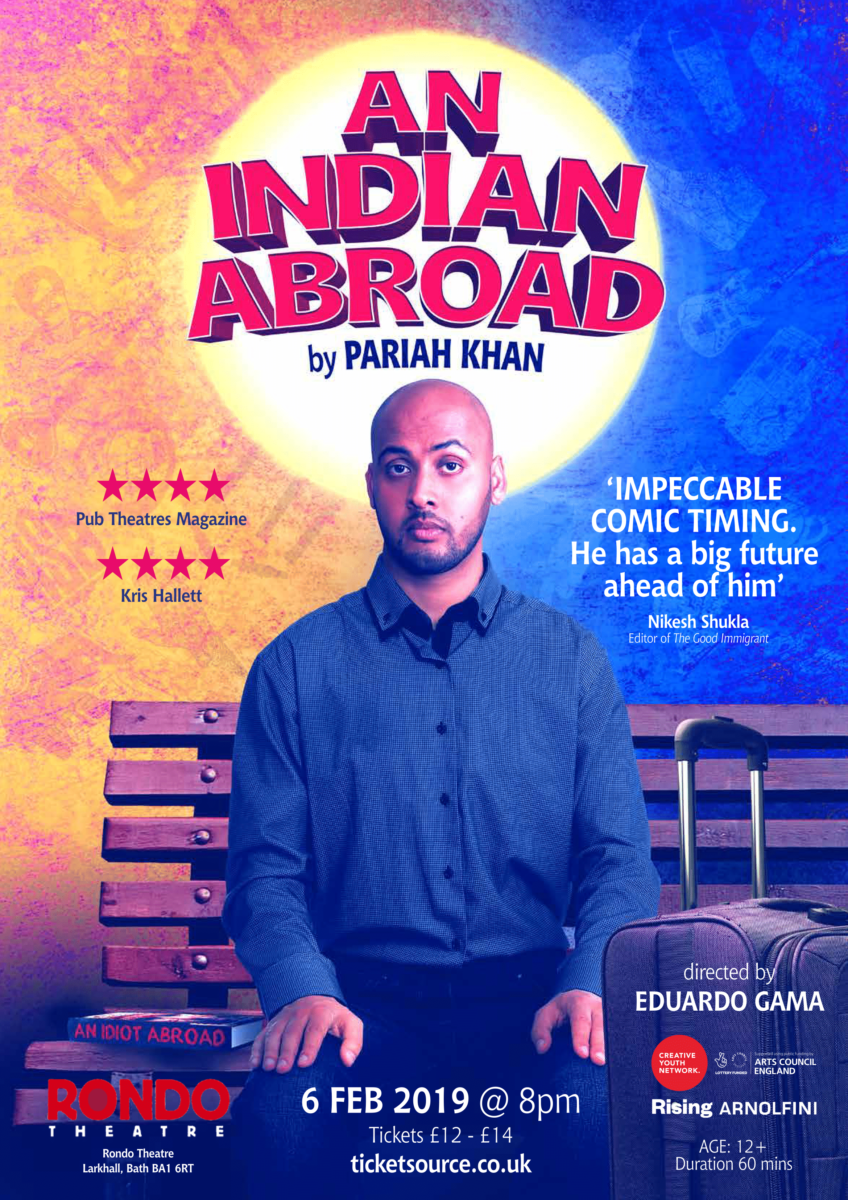 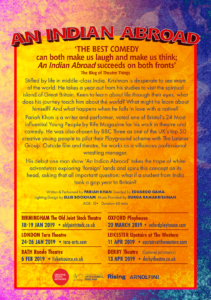 Stifled by life in middle-class India, Krishnan is desperate to see
more of the world, so he visits the exotic island of Great Britain to
learn about life and who he is. What does Krishnan’s journey teach him
about the world? What might he learn about himself? And what happens
when he falls in love with one of the natives?

“A generous and hilarious writer and performer with a keen eye for
detail and impeccable comic timing. Hari has a big future ahead of
him” – Nikesh Shukla, Editor of The Good Immigrant

Pariah Khan is a writer, performer, filmmaker and professional
wrestling manager. He was named one of Bristol’s most influential
young people for his work in theatre and comedy. He was selected by
BBC Three and The Latimer Group as one of the UK’s top 50 creative
young people and he was selected by Channel 4’s Random Acts to write
and direct his first short film ‘Slice’.

The show has already toured to Clevedon’s Theatre Shop, Swindon Fringe
Festival, Bread & Roses Theatre, The Wardrobe Theatre and York Theatre
Royal. In 2019 it will tour to Tara Arts in London, Rondo Theatre in
Bath, Oxford Playhouse, Upstairs at the Western in Leicester and Derby
Theatre. And now it comes to Birmingham’s Old Stock Theatre!

“That Pariah Khan is a smart man. It’s a jaunty hour, full of
well-timed gags yet beneath the joviality, there lies an acerbic
touch.” ☆☆☆☆ – Kris Hallett, Bristol Post reviewer

“The best comedy can both make us laugh and make us think; An Indian
Abroad succeeds on both fronts.” – Blog of Theatre Things

Event URL (must include http:// at start)
https://www.ticketsource.co.uk/whats-on/bath/rondo-theatre/an-indian-abroad