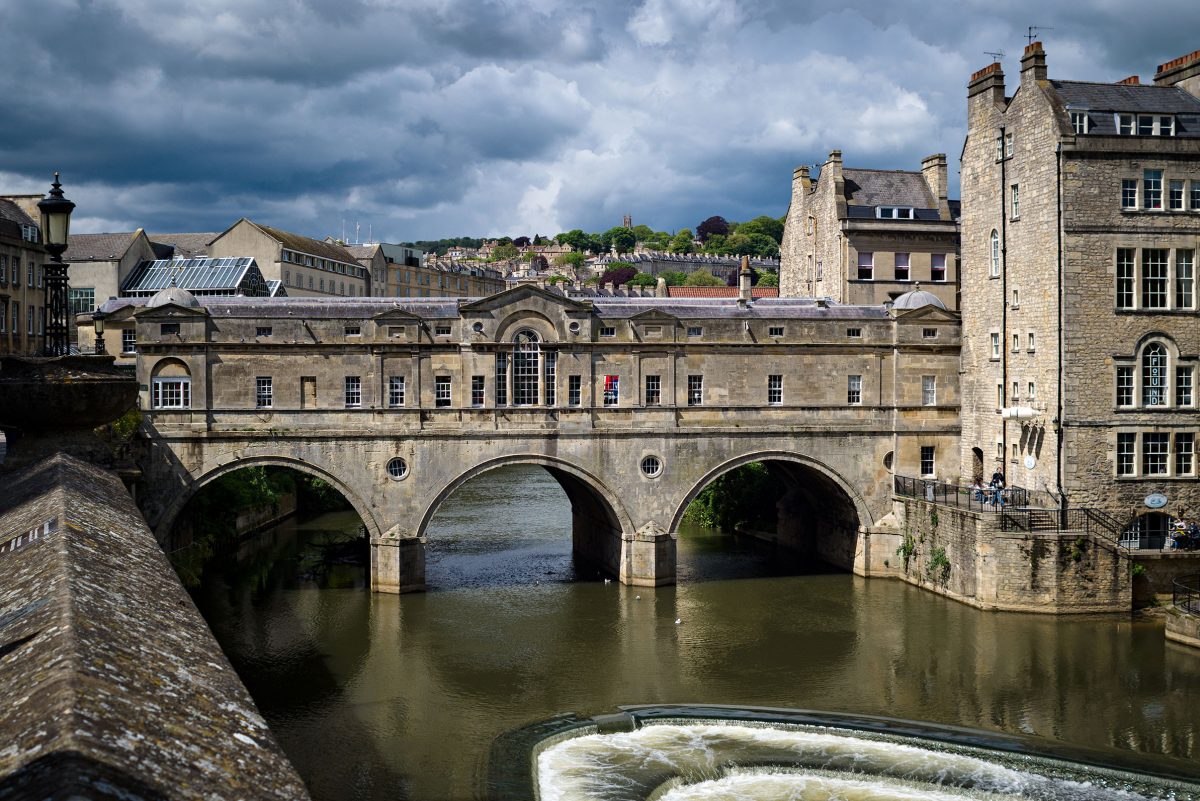 Pulteney Bridge, with its sweeping horseshoe-shaped weir, is one of Bath’s most famous images. The bridge, which incorporates shops, was built by Robert Adam in 1769.

Boat trips leave regularly from here going above the weir upriver to Bathampton. The open-top bus tours start right by here, on Grand Parade. There are several cafes on or overlooking the bridge.

The street over the bridge itself is closed to traffic – apart from buses, taxis and cycles.

The bridge was originally a toll bridge and boundary between parishes, built on condition that fresh water could be piped across it from the hills to the town houses.

A good place to start or finish a night-time walk with someone special. There are plenty of intimate places to eat and drink.

The best time to photograph the Bridge is late morning. In the afternoon it is in shadow.

The street that goes over the bridge itself is the best place to explore for a restaurant, with several different types of cuisine on offer to suit all price ranges.