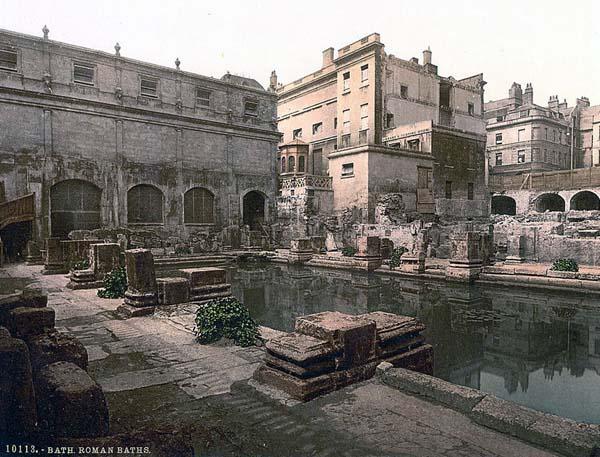 Flooding finally ruined Bath wondrous temple and the Great Bath complex. Built in the slight hollow around the hot spring, the Baths and temple were particularly vulnerable to the rising water level of the 4th century AD. The baths drained into the River Avon, as they do today, and as the Avon’s level rose so river water increasingly backed up the drains until they were eventually blocked with mud and silt. When the Romans withdrew from Britain, the baths were simply not repaired and soon fell to ruin. Saxon Christians dismantled the sacrificial altar to use as paving stones for their new monastery. Before long the hot spring returned to marsh. The site of Minerva’s great temple became a dumping place for town refuse and, in later times, a Saxon graveyard.