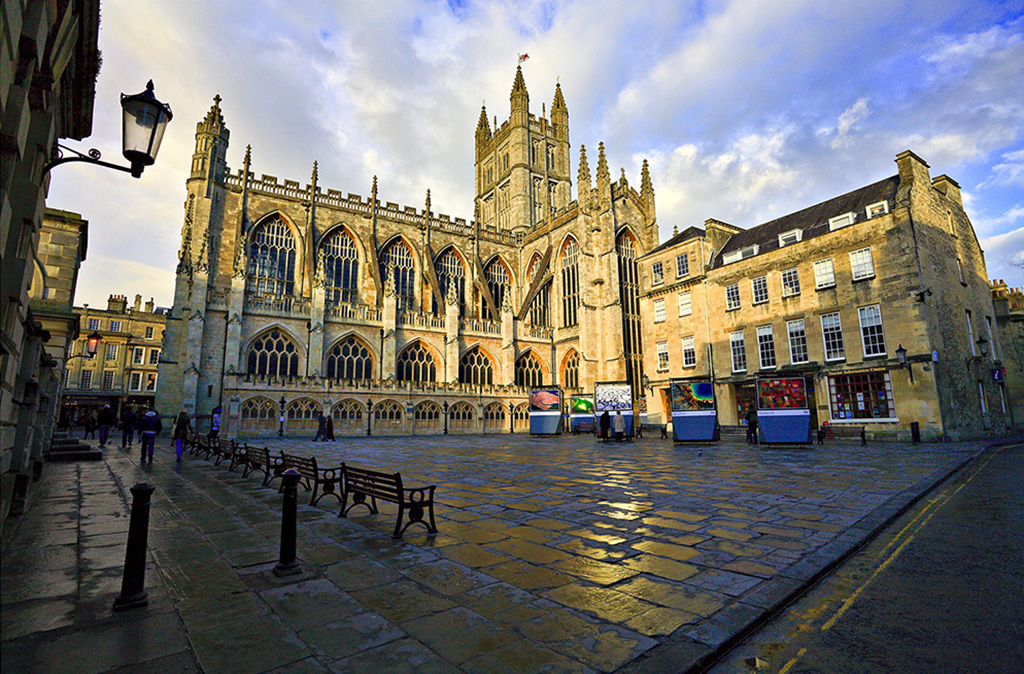 Bath’s splendid Abbey, dating from 1499, marks the very centre of the town. Bath is a city but this is not classed as a cathedral – the cathedral for the diocese is in Wells, 20 miles away.

The carvings on the front of the Abbey were recently restored to their full glory, and show off the honey colours of Bath stone untouched by exhaust pollution. Bishop Oliver King, who built the Abbey after God appeared to him in a dream, has his visions depicted on the front. The area round the altar ceiling is medieval.

Services are held every day and all are welcome.

It is the third church to be on the site. In 758 the Monastery of St Peter was here, and in 973 Edgar was crowned the first King of England here. The Saxon Abbey was replaced by a Norman abbey near the end of the 11th century. At one stage that became a cathedral for a time, hence the common recognition of Bath as a city.

Organ and choral recitals are regularly held inside.

In the basement is a museum of carvings and artefacts from the churches.

Non-flash photography is welcomed inside the Abbey, but you’ll need a tripod – or a very steady pair of hands – for the long exposures the low light requires. A donation is appreciated. For outside shots, afternoons and evenings are best.

The Abbey area contains many of Bath’s famous specialist shops.