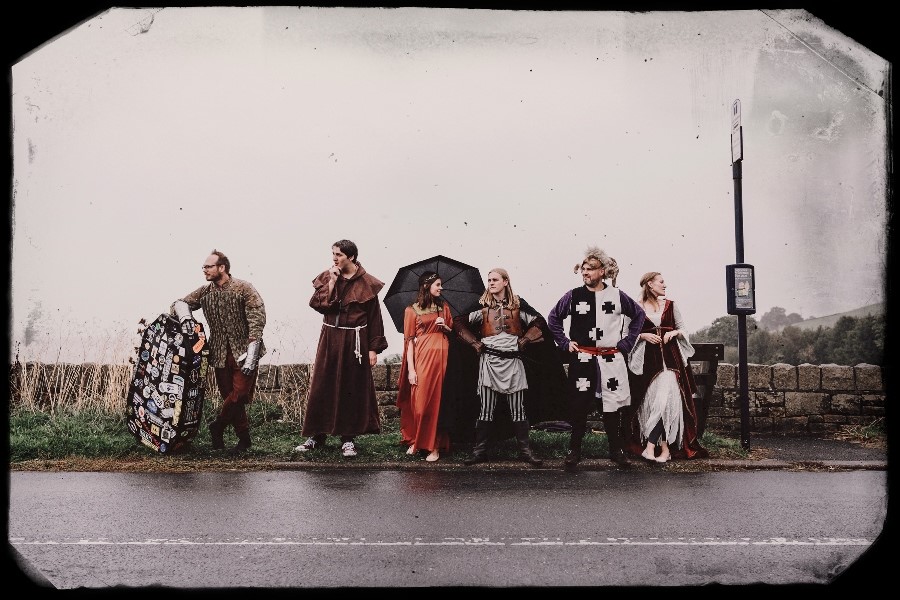 After releasing a weekly folk song for a year, BBC Radio 2 spins and
glowing press reviews, York based Joshua Burnell & Band take to the
stage to launch a brand new album in 2019.
In 2017, Joshua and his band won The Great British Folk Festival
audience poll for favourite act by an overwhelming majority and
received the ‘Highly Commended Best Performing Artist’ award at
the York Culture awards.
Armed with ‘The Road To Horn Fair’, a brand-new album of
traditional material which according to Joshua, “juxtaposes the
delicacy of the English folk canon with the rawness of the early 70s
hard rock movement,” the band are ready to set some feet stomping on
their first national tour of England.
Momentum is starting to build fast for the band as they launch the new
album and the tour. They will be showcasing material from the newly
released ‘The Road To Horn Fair’, along with some favourites from
Joshua’s previous albums,’ Into the Green’ and ‘Songs From The
Seasons’. Photo Credit Elly Lucas www.joshuaburnell.co.uk