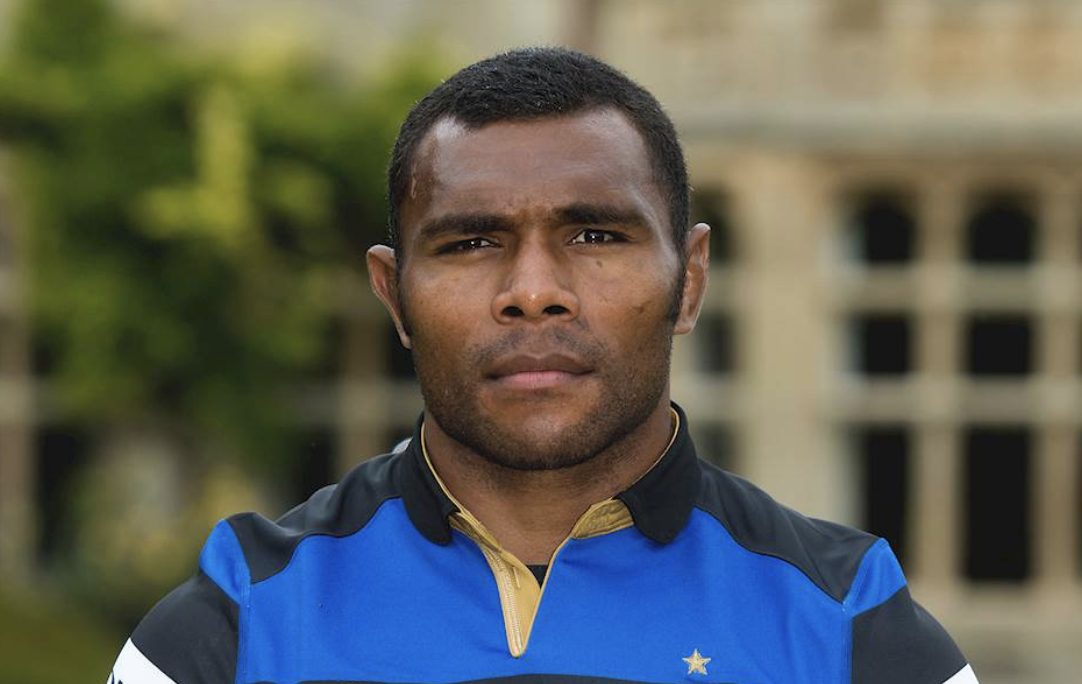 We catch up with Bath winger Semesa Rokoduguni to discuss his rehab, the military, and lining up alongside Cooper Vuna

How is your injury rehab coming on and do you hope to play again this season or will you be recuperating over the summer and getting a strong preseason in? It is making good progress the coaches and physios are happy. In the last couple of days I have started contact training and if all goes well we are looking at playing at Gloucester or London Irish.

When you have a long Injury layoff how hard is rehab as I can imagine it is challenging at times especially if there are setbacks? Like you say it is challenging with the same thing day in day out, but I have been working with Todd and analysing the boys performances and also working on areas I can improve on so it doesn’t become to boring and repetitive.

With all the injuries coming into the game do you accept that at some part of the season you will be injured? With the level of rugby and everyone getting stronger and bigger, the level of contact and hitting it will increase, when international players go the second team and academy players end up playing week in week out and there is no chance of rest and recuperating so it is no surprise the body breaks down.

Your story is quite remarkable serving as an Army soldier fighting on the frontline in Afghanistan to playing in a packed out house at Twickenham? How did saying for Bath come about as you represented the Army heavily, did you have a lot of free time whilst serving? In the village I grew up in Fiji I would always want to get picked first when playing rugby but ended up being one of the last so I worked really hard for three months but still didn’t improve much. At the same time the British Army were recruiting and were handing out flyers so I applied and had training in Manchester and Bovington. We went to Germany and we were playing rugby and I got a trial for the 7s team which I really enjoy playing, and I was then selected for a trial in Portugal for the full 15 team who then had a friendly against Newcastle Falcons. Mike Ford was a coach there and gave me a three week trial at Newcastle while he then moved to Bath and said when I had finished with Newcastle to come down to Bath. I was then offered a 6 month contract which I happily accepted, Newcastle did offer me a 3 year deal but I wanted to join Bath.

Was it almost taken for granted that you would follow in your great-great-grandfather, great-grandfather and father steps and serve in the military or did you ever want to take up another profession? Army runs in our bloody, watching dad dress up and put on his medals, I always asked him if I could borrow them and he said to me, why do you want to borrow them, they don’t mean anything to you and you will lose them, it’s better if you go and work hard and then you will earn your own medals. It also instilled discipline as well.

When your rugby career finishes (hopefully not soon!), do you hope to go back in the military or has that chapter now been closed? Right now I am focusing on getting fit for Bath and if the army come calling I am happy to come back in if the time is right, but we will see.

This is your seventh season for Bath, you are a massive crowd favourite at Bath, how does it feel to have such a huge following and backing every time you step onto the Rec? I am always nervous not to disappoint and feel under pressure with the expectation of the crowd, the coaches and the players. They always say, just give Roko the ball and he will make it happen, but I rely more on the boys to give me the ball.

Have you got any particular individual highlights that stick out in your time at Bath? I am always looking for room for improvement, whether I am working on one-one, catching or defensive work. And especially with the international boys I am always asking them questions to learn.

Are you looking forward to playing alongside Cooper on the wing? The opposition wingers will have nightmares watching you two running full flight at them! We were only talking about this yesterday, as we have played against each other before. But we can’t wait to get out there and play together as we both enjoy each other’s company.

And Banners leaving at the end of the season feels like a massive void being left, you both seem to have a great relationship on and off the field how will it feel lining up against him next season? It is a big loss for the club, he plays an important part and the way he sees 3/4 phases in the future and the minute details that comes from his experience, I am not sure if anyone is capable of filling in for him.

This season hasn’t gone as well as what it could have for Bath, can you put down a reason why this is? We were talking about this at the team meeting and one thing I noticed was that we were saying the right things and in training doing the right things, but the consistency and performance are lacking over the 80 minutes. We start well and then the performance falls off and the discipline is costing us as we were down to 13 players at the weekend.

Where do your future ambitions lie in domestic club, would you like to challenge yourself in another country or would you be happy to play the rest of your career in Bath? Right now it depends on Bath, I would love to stay and I have another year on my contract. If they don’t require my services I will have to see what options are out there and see what is best for my family as I have a young family and I don’t want to take them away from their friends.

What do you most enjoy and like about the city of Bath? There is a lot of history in the City and all the supporters and season ticket holders are brilliant and supportive in the good and hard times, on Friday and Saturday evenings at the Rec the atmosphere is awesome.

If you were going out for an evening meal in Bath where would it be? Giraffe

And if your guest had to be a teammate, who would you choose and why? Chris Cook, he is funny and very talkative, he keeps the boys motivated.