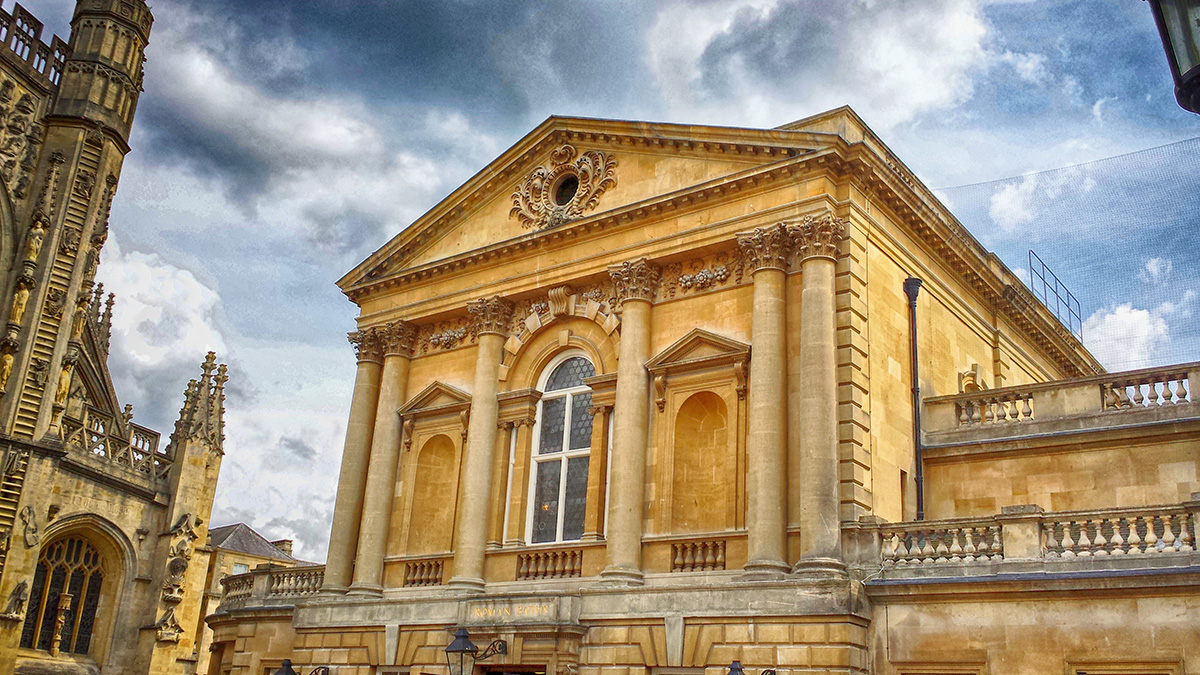 The amazingly complete remains of The Roman baths and the Victorian restoration are still fed by water from one of Bath’s three hot springs. Rain 10,000 years ago seeped into the hills, was heated by the rocks, and now bubbles up into the baths. These are the only hot springs in Britain.

In pagan times the healing powers of the spa waters were known and used by Celts.

Examples of Roman mosaics, sculpture and other arts are in the museum here.

Both the museum and the baths are living textbook examples of classical architecture. The ‘Roman’ statues overlooking the baths were carved in 1894 just after the rediscovery of the Roman part of the baths.

The baths are mentioned in the books of many great writers such as Jane Austen (Northanger Abbey and Persuasion), Tobias Smollett (Humphrey Clinker) Charles Dickens (Pickwick Papers) and Thomas Hardy (Far From the Madding Crowd). Shakespeare refers to the baths in his sonnets.

The temple and baths flourished in Roman Bath – ‘Aquae Sulis’ – in the first few centuries AD. The site was excavated in 1878 after being discovered during building work.

Jane Austen was a frequent visitor here, and the scenes in Northanger Abbey and Persuasion set here were based on her own observations.

In the museum you can see the Roman head of Minerva, the goddess of the spring, plus many items of sculpture, jewellery and even personal messages to the goddess.

In August the Baths are open in the evening and lit by flaming torches.

You can take magnificent photos of the baths, statues, and Abbey from here. The best light is in the afternoon.